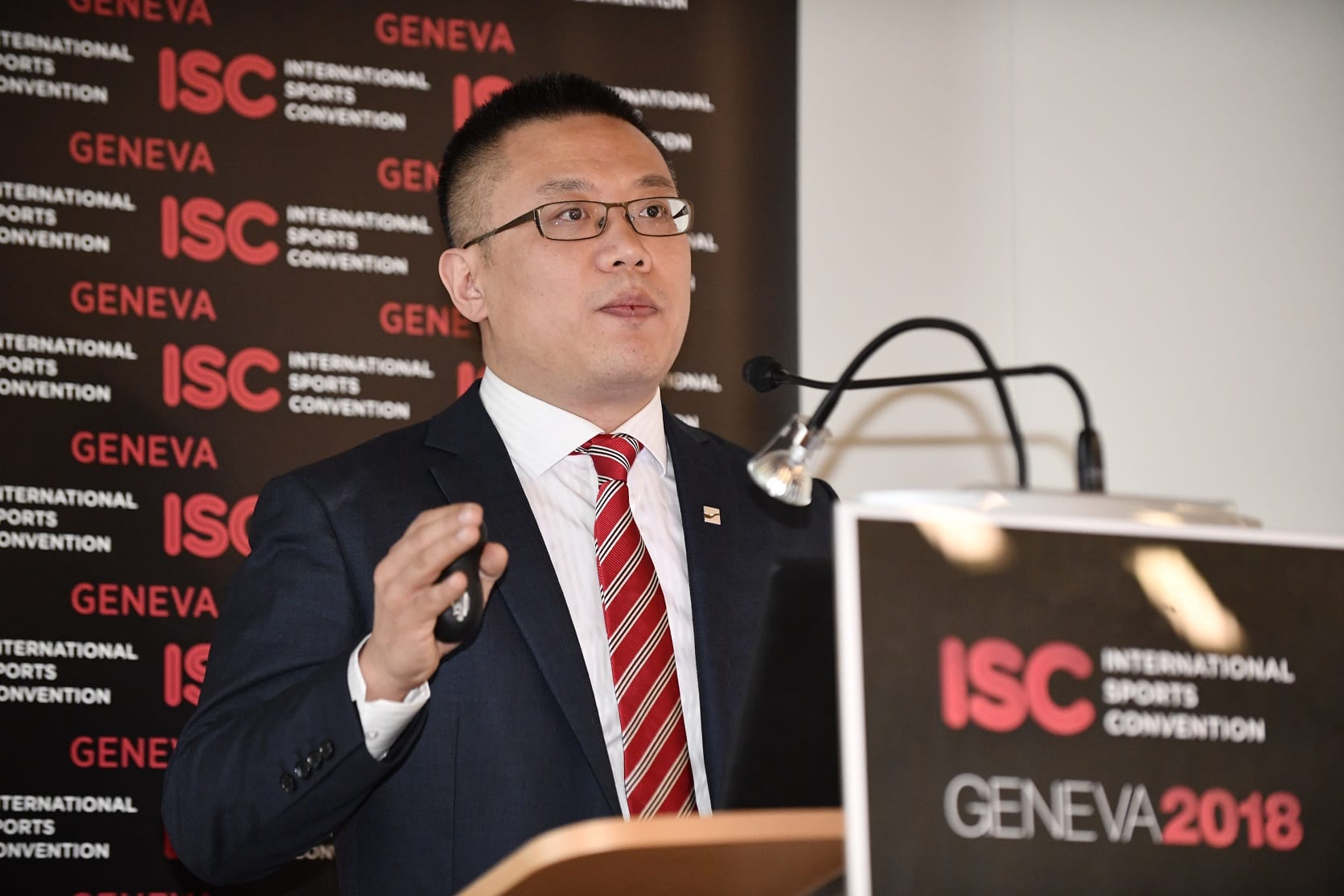 After a busy networking and catch-up session over lunch, the Sports Events, Tourism and Cities Conference resumed with a hugely enjoyable presentation from Vincent Zhou, Vice President of the Sinobo Group.

Mr. Zhou began by showing a film centered on the awarding of the 2022 Winter Olympic Games to Beijing.

Having been awarded the games, the organizers maintained to uphold three key understandings:

The Winter Olympics enjoy great popularity, with a global tv audience of around two million. Unlike its Summer sister, over 70% of the Winter games are held outdoors.

Invariably, this means that many of the events are usually held away from a big city, usually somewhere with natural resources and landscape.

Some of the 2022 Winter Olympics will take place in Chongli, an area that enjoys 150 snow days per year. This is normally between three to four hours away from Beijing by car.

A new highway is being built to shorten the journey and new high-speed railway networks are hoping to cut the journey to around 35 minutes.

Design of the Taizicheng town commenced in October 2017

The Taizicheng winter sports town is set to become an important Olympic village and design began in October 2017.

With a construction site of 1.5 million square metres the new development will incorporate a variety of new infrastructure and facilities, including railway, winter sports facilities, real estate, hotels, cultural and creative facilities, medical and educational facilities and theatres and music venues.

Mr. Zhou spoke about delivering a resort that was athlete-centered during the games, maintained the sustainability of the region and was economically viable.

In summary, the speaker emphasized the legacy that would be put in place for the post-games period. An Olympic tower would serve as a reminder of the event, the resort would be the gateway for eight ski resorts.

The message, above all, is that Sport can drive tourism, providing the infrastructure is put in place.