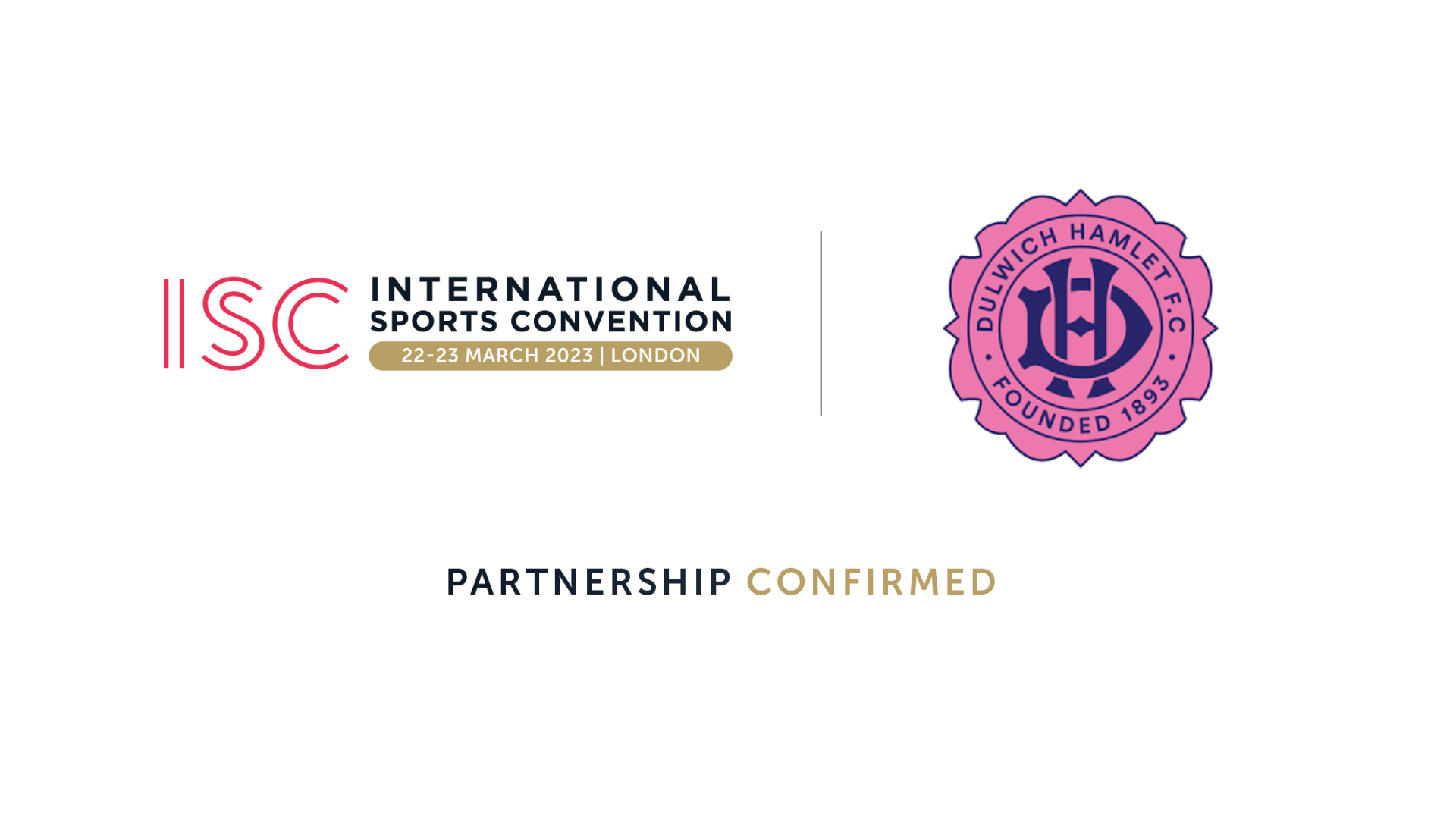 The International Sports Convention has dipped its toes into non-league football by sponsoring Dulwich Hamlet Football Club. In specific, ISC will be sponsoring Women’s 1st team player, Erin Corrigan, for the 2022-2023 season. With this partnership, ISC continues to show an exciting commitment to supporting and developing women’s sports.

Dulwich Hamlet FC was formed in 1893 and has been a focal point of the local community of East Dulwich for over 129 years. Dulwich Hamlet is solely owned and operated by its fans with the club’s shareholdings currently being distributed between a number of individual supporters and Dulwich Hamlet Supporters’ Trust. The club board consists of 5 directors, which includes the Club Chair, Ben Clasper. DHFC players, staff, volunteers and fans are the heartbeat of everything they do, ensuring the football club is an environment where you can bring your true self to enjoy local football.

The men’s team have been the amateur champions of England three times in the mid 30’s and the club’s most revered player ever would have to be Edgar Kail who rejected approaches to sign for professional clubs to stay at The Hamlet, going onto play and score for England. Recent history has seen two promotions, in 2013 and in 2018 to the National League South. The latter taking place the same calendar year as the successful and much publicized campaign to save the club from losing its home of Champion Hill.

In the summer of 2019, the previously independent women’s team A.F.C Phoenix became the Dulwich Hamlet Women’s Team, operating both first team and reserves squads. Now, with three seasons behind them, the team has brought a new energy and enthusiasm to the club, which is reflected by the continuing growing fan base and competitive participation in the London and Southeast Women’s Regional Football League – tier 5 of women’s football in England.

You will find it difficult the find a more loyal, passionate and vocal group of fans in non-league football. Everything they do is not only for the benefit of our teams, Club and community, and the wider society. Since 2013, attendances at The Hamlet have boomed with the men’s home fixtures regularly exceeding 3,000 and the women’s home fixtures seeing a dedicated fanbase of 400.