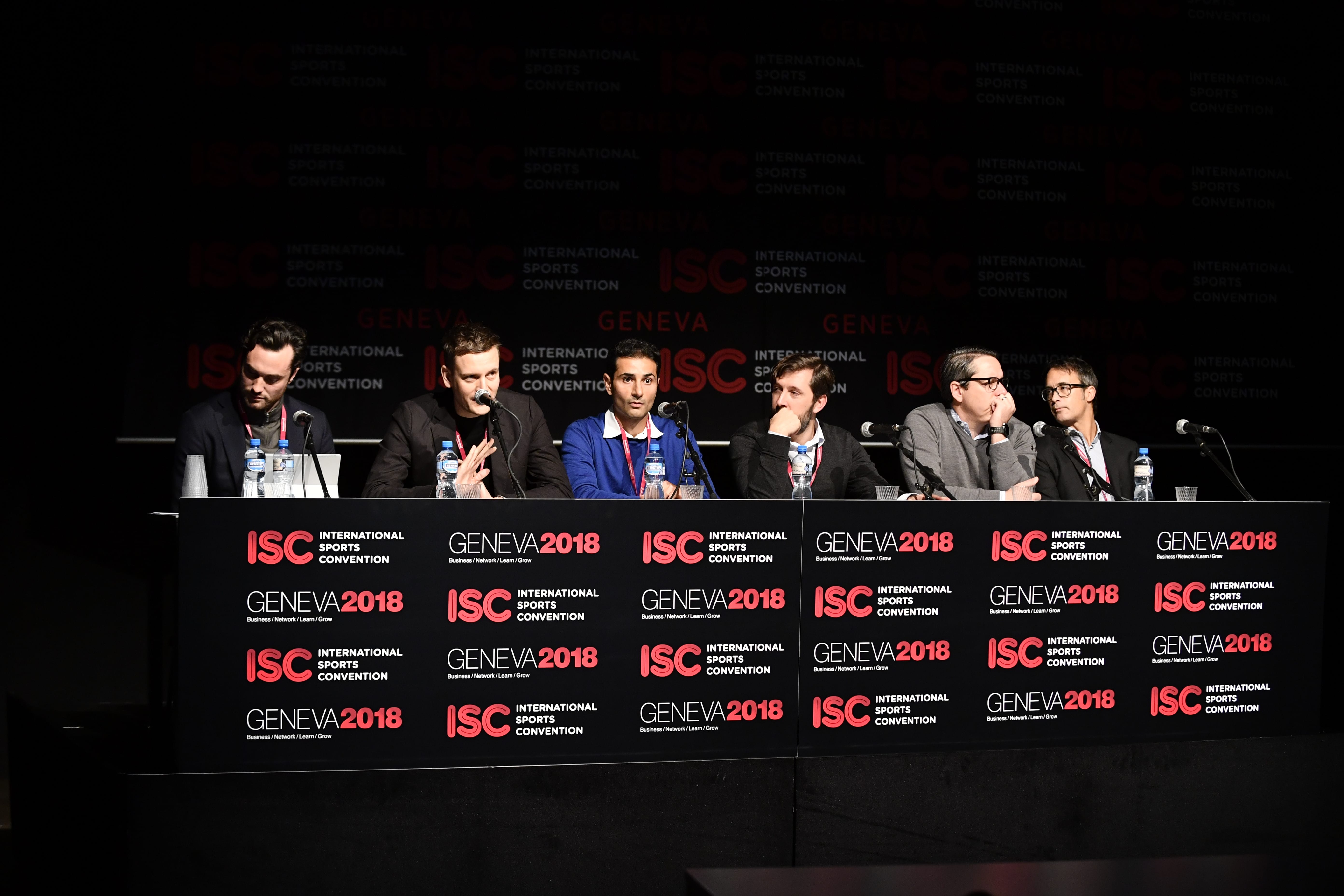 Sean Conroy told the audience about his company, Genius Sports, ahead of the Panel Discussion which closed the International Sports Convention 2018.

Genius Sports are a global leader in sports data and technology, occupying unique intersection between sports, betting and media sectors.

Mr Conroy was then joined on stage by the other five panel members, who introduced themselves in turn ahead of the discussion on ‘Developing best in class digital services to engage the next generation of sports fan’.

Each panellist discussed how sports digital content affected had influenced their sport and spoke on  a number of other issues…..

The panel was asked if digital usage may ultimately have an effect on the pecking order of the world’s top 10 sports.

Mr Muller, FIFA, felt that the global appeal of live football wouldn’t be affected but stated that, “Digital as a tool is possibly influencing smaller sports to bring them to a greater prominence”.

Mr Heimes agreed, although gave a warning. “Football still has its big stars but I feel that we are still at the beginning of an adoptive curve at the start of the digital age. The e-sports market is still a relatively small phenomenon but it’s interesting how the growth is being measured. More and more are interested in pitting themselves against the athlete on e-sports.

“The playing of e-sports is so popular it has now overtaken all other sports, bar football in popularity.

“Right now, people still can’t get enough of seeing big teams playing big Champions League matches but I’m not 100% sure that will be the same in 10 years time, some people might get tired of that.”

Mr Conroy talked about the way that betting companies are fuelling some smaller sports. “It’s true to say that digital technology of all sizes has enabled sports to reach new audiences. But do they continue to watch? How do you keep them interested and engaged.

“One industry trend is in betting, consumers are betting on some smaller sports through their mobile devices and remaining engaged with it. Their challenge then will be, Have a Fan, Keep A Fan.

Mr Rossomondo spoke about the change in betting legislation in the United States and it’s effect, hoping that it would bring new fans and new levels of engagement. He mentioned that one of the biggest challenges in the digital world is for sports that use Facebook and Google to reach to their consumers, although pointed put that the NBA was a partner of them. “They’re neither enemies or competitors – we’re partners with them but for sport to put them between us and our consumers is a big challenge”.

Mr Saade, from Intigral, said, “Data is a process, not an objection on its own. It helps you understand what users like, what they want. You can use it and take it to sponsors, pointing out if they want highlights, or if they want fantasy, or whatever”.

All six members of the panel engaged in a further number of topics and fielded questions from the audience. The organisers greatly appreciated the input, as a very successful conference was brought to a close.