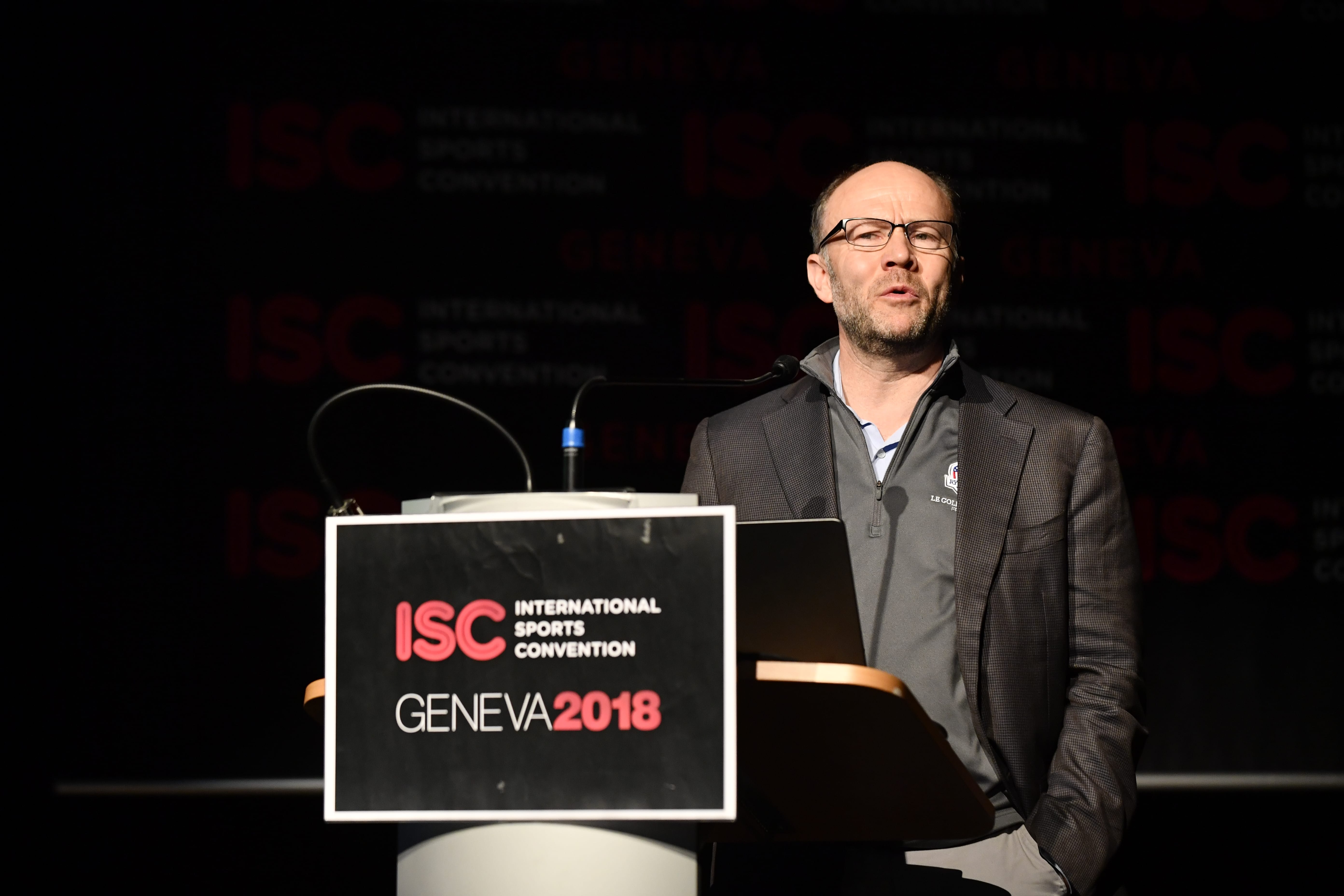 The International Sports Convention 2018 has attracted huge numbers this year to enjoy listening and engaging with speakers across a wide variety of sports.

Michael Cole, Chief Technology Officer for The European Tour, spoke of his pleasure and privilege to be speaking and mentioned his time slot – between football and tennis speakers. “These are two of the great pioneers of the digital age. Rüdiger Muller has just talked about his sport having its greatest FIFA World Cup. Digitally, golf has just staged the greatest Ryder Cup of all-time.

Mr. Cole began by touching on golfs history, its traditions and myths.

“Some may say the sport is in decline, I want to dispel that. There is a younger generation coming through. Three of the four ‘Major’ winners last year were under 25. Golf is steeped in its origins but we – as a rights holder – are driving the transformation of the sport.

“Innovations recently have included the six-hole competition, the shot-clock event and the knock-out format.”

The European Tour is a global event and he reminded everyone that it has the shortest close-season in sport – three days. The 2018 season finished a fortnight ago,” he said. “And we’ve already had our first event in the 2019 tour.”

Mr. Cole then spoke about the digital success achieved by The European Tour at the recent Ryder Cup, held outside Paris.

“This was the first time it was taken outside UK and Ireland since Valderrama in 1997.”

Mr. Cole talked about the challenges of this event, but digitally, he mentioned the following underpinning themes.

The event itself was hugely popular, with over 275,000 spectators enjoying the action live, with 7,000 of them occupying the huge temporary stand surrounding the First Tee.

For those watching at home, the event was brought to life by The European Tour and their digital platforms. The speaker described it as the most connected and intelligent golf infrastructure ever and a huge success for the sport and its commercial partners also.

“We believe the Ryder Cup 2018 achieved all our key objectives”.