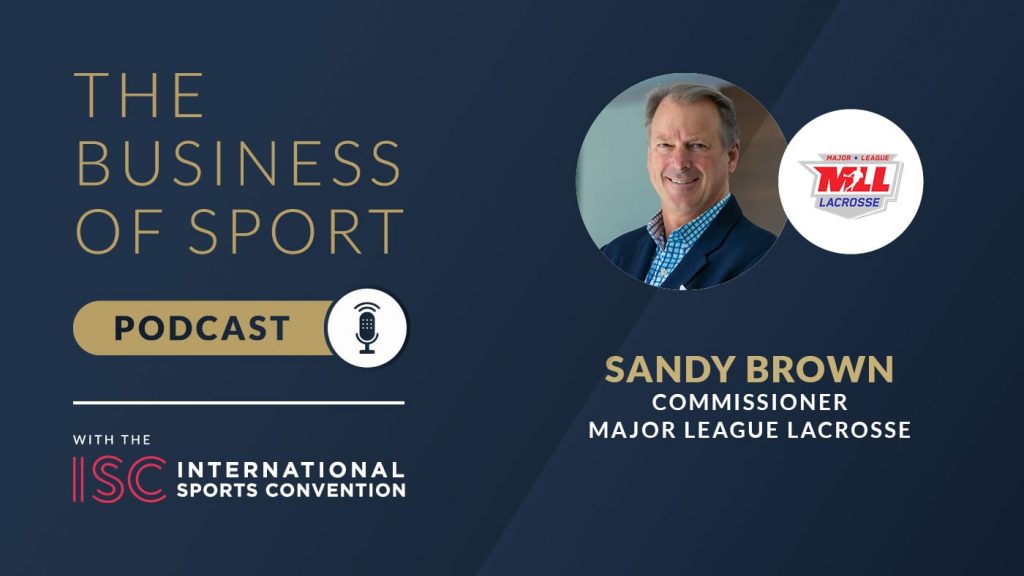 In the second edition of the Business of Sport Podcast with the International Sports Convention, Callum Murray talks to Sandy Brown, Commissioner of USA’s Major League Lacrosse.

The podcast airs at a pivotal moment in MLL’s 20-year history, with the league having just voted to become a single-entity league, discarding the franchise model on which it was founded. The change, which means that the league now owns all six of its teams, comes with MLL facing a major challenge to its business model from the rival Premier Lacrosse League, which launched last year and is competing with MLL for both fans and sponsors.

The switch to a single-entity model was made with the aim of saving money through centralising operations, says Brown, adding: “The advent of another outdoor professional league caused us to re-evaluate to become as efficient as possible in how we run our business. We’re trying to create greater efficiencies and run a smarter business.”

Brown is open in his opinion that the market cannot support two competing pro leagues in a second-tier sport such as lacrosse in USA (he compares its status in the country with that of rugby). So, will there eventually have to be a merger between the leagues? Brown doesn’t rule out this option, but in the meantime insists that, to enhance its competitiveness, MLL must learn from the likes of the NFL and NBA and create an entertainment ‘experience’ around its games.

“The entertainment value, the action off the pitch, has got to be even better than what happens on the pitch,” he says. “If you’re a paying customer at any NFL, NBA or MLS game, you’ve come to expect a certain standard of entertainment and value for your entertainment dollar. The basic principles of the fan experience are going to be critical going forward.”

The “bifurcation” of the lacrosse fanbase and sponsorship base between the rival leagues “has not been healthy for the sport,” according to Brown. “It’s been incredibly disruptive,” he continues, adding, however, that “out of disruption you can ultimately end up seeing stronger entities.”

A top college lacrosse player himself, Brown joined MLL in February 2018 after a lengthy career in sport and TV that has included working with the legendary sports agency ProServe, working under David Stern at the NBA, and a 15-year spell in Asia with ESPN, before returning to USA with sports broadcasters Univision Sports and One World Sports.

Other topics discussed in this podcast include: lacrosse’s push to join the Olympics; MLL’s decision to take back control of its own media rights; and what makes the sport special and different from other US pro sports. “With my international sport background,” says Brown, “I’ve seen the greatest cricketers, rugby players and soccer players. I’ll put our guys up against anybody. Lacrosse is often called the fastest game on two feet. It has all the speed, agility and contact of gridiron, but none of the head injuries.”

And Brown’s top sporting hero? Michael Jordan, a client when he was at ProServe. “Time and time again, when the chips were down,” Brown says, “he always delivered. Obviously, his business acumen has been very, very strong too.”