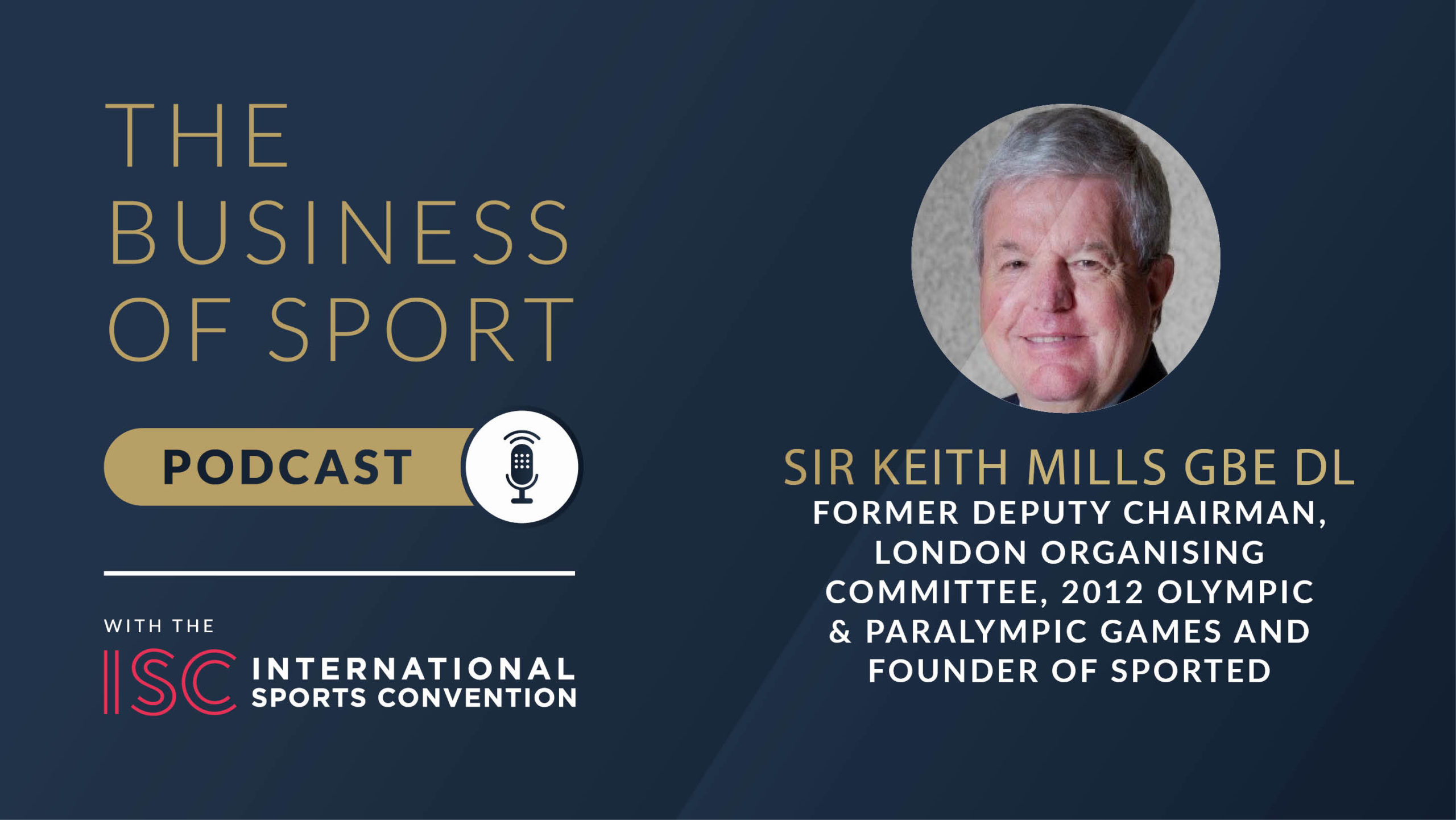 Sir Keith Mills, successful businessman, America’s Cup entrant, founder of a charity helping children through sport, and former leader of the London 2012 Olympic Games, is Callum Murray’s guest on the third edition of the Business of Sport Podcast with the International Sports Convention.

With a background in advertising and marketing, Sir Keith, who also chairs the Invictus Games for wounded ex-servicemen and women, and owns several companies involved in sports marketing, especially in sailing, is uniquely placed to talk about the relationship between business and sport.

For example, one of his companies was involved in the birth of the new SailGP series, a grand prix sailing series for America’s Cup-style foiling catamarans, organising the British stop on the series, which is entering its second season. The series, led by top America’s Cup sailor Russell Coutts, has got off to a good start, but, cautions Sir Keith, “It will take several years for a new circuit in any sport to build the momentum necessary to make it commercially attractive.”

Sir Keith also chairs Five West, a sports consultancy specialising in the sailing and marine industry, and from this perspective he describes the market for sports sponsorship and marketing as “very crowded.” However, he points out that Hugo Boss, the fashion brand that his company works with, has produced a retail range that derives from hi-tech clothing developed for use of sailors in the Vendee Globe race.

Similarly, sailing sponsors, such as Nokia and Bell Labs, “are not doing it for branding at all. They’re using the team to test their technology,” says Sir Keith. “Sports properties need to understand the marketing objectives and challenges of the companies they’re talking to and find ways in which their sport can help solve those challenges.”

The London 2012 Olympics were widely recognised as a huge success, but despite their promise to ‘Inspire a Generation’ official figures showed that sport participation in the aftermath of the games actually fell in the UK, and continues to fall. Sir Keith acknowledges and regrets this fact, laying some of the blame at the feet of government which, he says, needed to commit more investment to build on the uplift in sporting awareness that the games created.

However, he lists a series of other benefits and advantages that the UK gained from hosting the games, including: a change in the perception of disability in the UK, through the success of the Paralympic Games; the regeneration of east London; and the financial return to the UK from staging the games, which he describes as “phenomenal.”

This year’s Olympics in Tokyo are facing a grave threat in the shape of the coronavirus, and Sir Keith says that there are no easy contingencies, in case the virus means that they cannot take place as scheduled. He lists the IOC’s probable options as: cancelling the games entirely (which he describes as “highly unlikely”); staging a “TV-only” games, with a restricted number of spectators, or none at all; or postponing the event for three or six months: “possible, but very, very difficult,” according to Sir Keith.