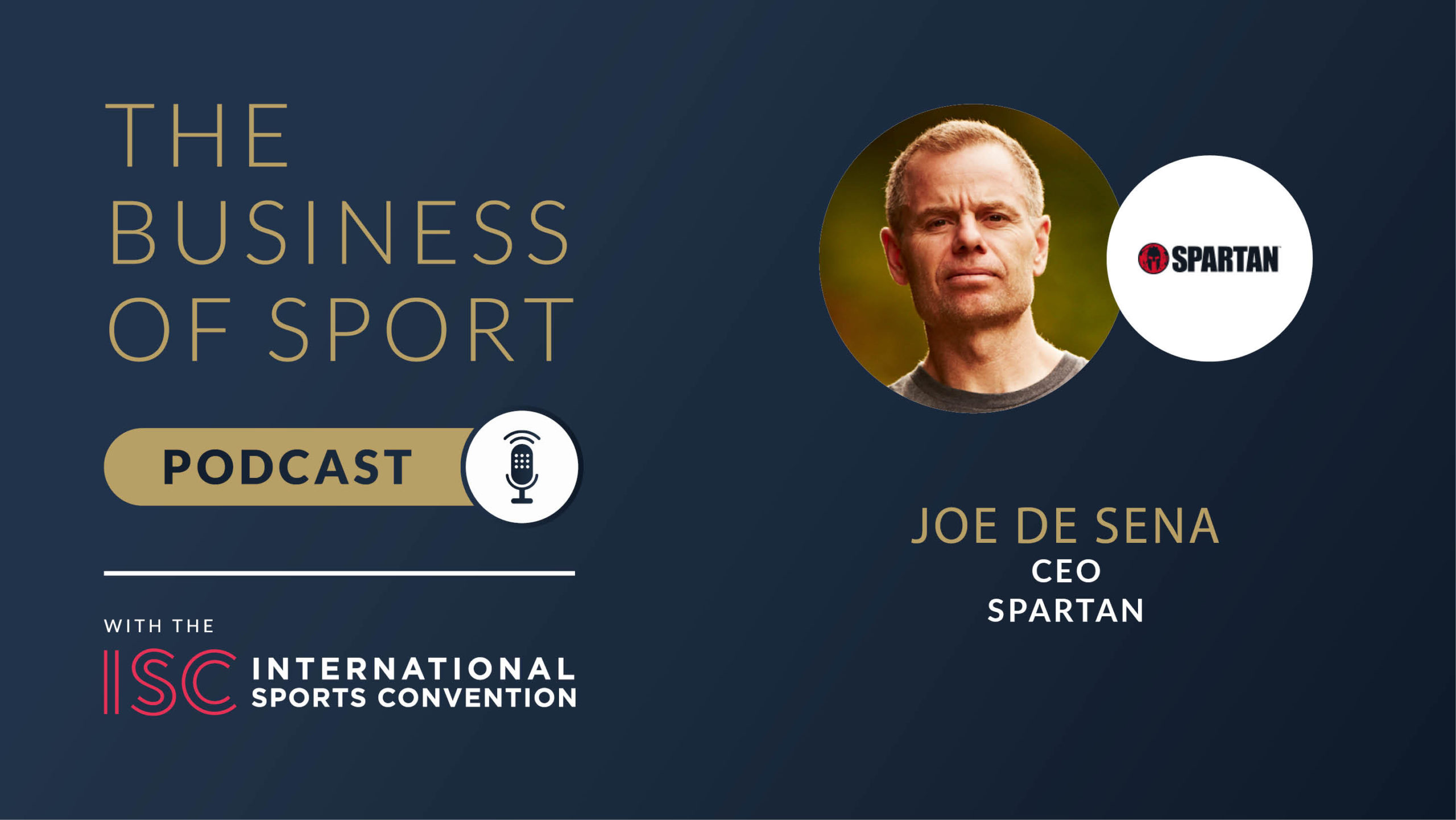 Joe de Sena, founder of Spartan Race, the USA-based obstacle-racing series that has just taken over its rival, Tough Mudder, is Callum Murray’s latest guest on the Business of Sport Podcast with the International Sports Convention.

Joe started Spartan Race two decades ago while working on Wall Street, having participated in many adventure races and triathlons himself, concluding that: “Humans were not meant to sit on a couch operating a remote control. We become our best when the blood is flowing, and we’re sweating and we’re breathing heavy. You’ve got to activate every muscle in your body, and you’ve got to do it in a way that makes you uncomfortable.”

Now, with events in over 45 countries and over 1.5 million participants, he’s facing a new challenge in the shape of the coronavirus pandemic which has forced the postponement of all Spartan Race and Tough Mudder events. “I don’t think there can be an industry in the world hit harder than our industry of participatory sport,” he says. “We are the actual opposite of social distancing.”

The group has been forced to place staff on furlough as it anticipates the possible resumption of events on 1 July. But in the meantime, de Sena says he’s encouraged by a 300-per-cent increase in merchandise sales, presumably driven by the fact that loyal customers are sitting at home in front of their computers with time on their hands to order goods.

Could the coronavirus actually benefit the stronger companies in the saturated mass-participation sports market in the long run, by forcing the collapse of weaker competitors? De Sena’s answer is to quote Charles Darwin, who, he says, pointed out that: “It’s not the strong; it’s those that are agile and able to pivot that survive.”

De Sena regards himself as an inveterate entrepreneur after a tough upbringing in Queens, New York in which the primary sport was making money. “Win or lose,” he says, “I just love going from the whiteboard to Main Street.”

Nevertheless, he’s frank about the fact that he spent years operating Spartan Race unprofitably. “But,” he says, “it was about finding my purpose, finding my true north. And for me it clearly was my true north to rip people off the couch. It makes you feel alive, it makes you feel like a human being. And so I just kept losing money., before finally reaching enough volume to break even in 2011-12.”

Yet even now, he says, “The economics come from merchandise, nutrition sales, training. The events themselves are loss-leaders.”

From watching the fall of the Twin Towers on 9:11 from a neighbouring tall building, to having the idea for Spartan Race when he nearly died in temperatures of minus 25 on an adventure race in northern Quebec, de Sena has built a philosophy that he summarises as: “Attack life, don’t be sleep-walking through life. Tough Mudder and Spartan are religions, they’re cults. But they’re very healthy cults. It’s about being the best version of yourself.”