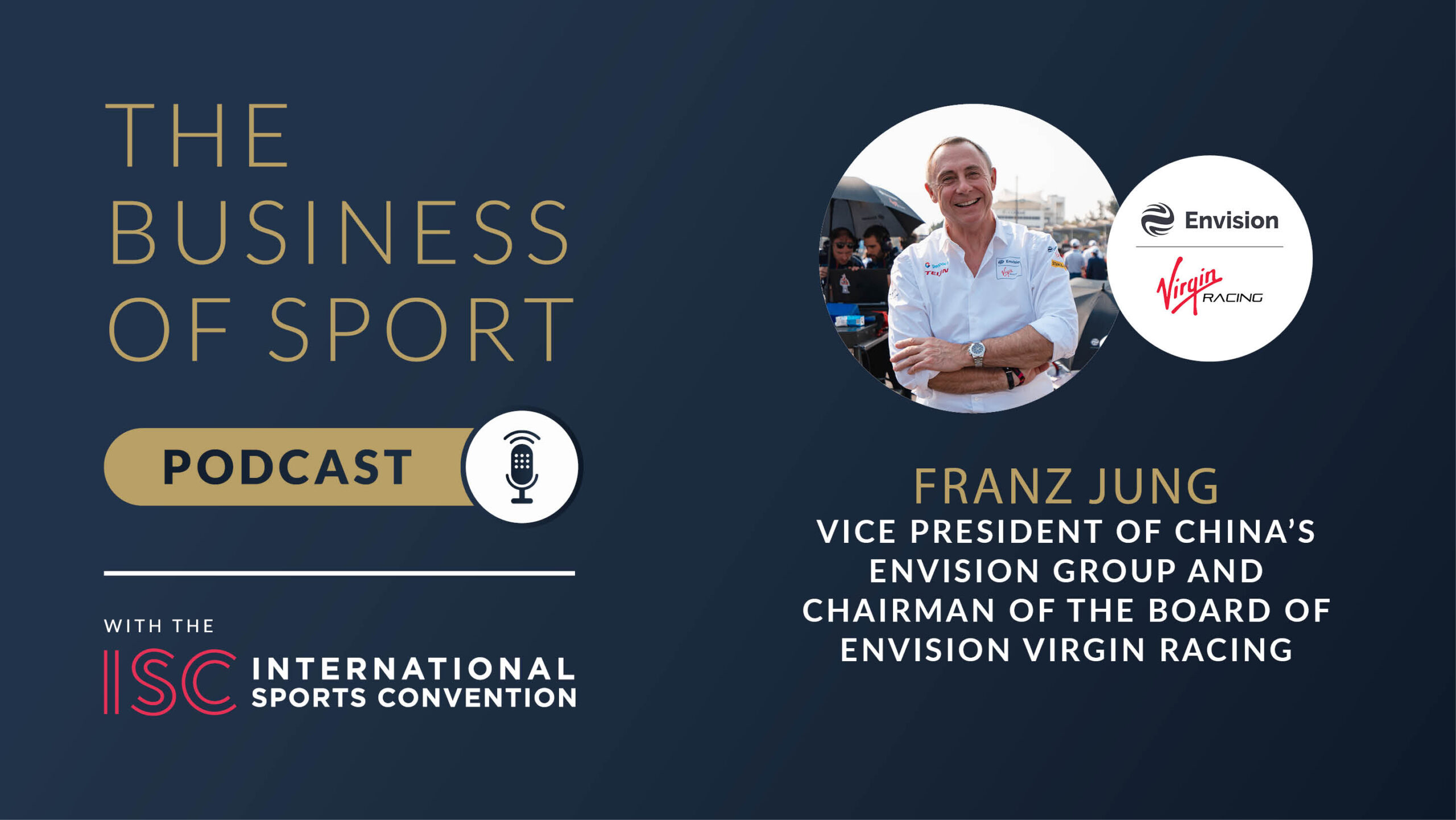 Franz Jung, Vice President of China’s Envision Group and Chairman of the Board of Envision Virgin Racing, the team that competes in the Formula E electric motor racing series, is our latest guest on the Business of Sport Podcast with the International Sports Convention.

What is the future of motor sport in a climate emergency?

With Envision Group, the world- leading greentech company as the team’s majority owner, Jung, whose career before joining Envision was with luxury car brands like Mercedes, BMW and Porsche, is uniquely placed to answer that question.

Speaking to Callum Murray, he explains that Envision decided to invest in a Formula E team because it has “exactly the same vision” as the race series, which he summarises as: “Being clean’, being hi-tech, being powered by battery, being powered by computing… Possibly Envision, within the entire Formula E teams, is the only company which is 100-per-cent sustainable – and this is one of the major reasons why we acquired two years ago the majority stake.”

In its first season, 2018-19, the Envision team finished in third place in the team standings, out of 10 teams, Jung points out proudly, a highly commendable result for a non-OEM (original equipment manufacturer – or major car brand-backed team). Other teams on the grid count the likes of Nissan, BMW, Jaguar, Mercedes-Benz and Audi as backers. However, rubbing shoulders with such brands also gives Envision the opportunity to introduce them to its own technology solutions, especially its Artificial Intelligence of Things-powered batteries (for those unfamiliar with AIoT, Jung provides a useful explanation).

The technology also helped the team to win last year’s race in Paris, according to Jung, enabling it to predict “almost by the minute, when it is raining and where on the circuit.”

The 14-race 2019-2020 Formula E season was suspended in mid-March after five races, as a result of the COVID-19 crisis. With a possible resumption of racing behind closed doors scheduled for July, the Envision Virgin team, like others, is taking part in a virtual e-Sports Formula E racing series, the ‘Race at Home Challenge’, in the meantime.

Competing in Formula E is expensive, Jung admits, but media revenue growth of between 300 and 400 per cent from season to season justifies the cost, while budget caps imposed by the FIA, the sport’s world governing body, and Formula E ensure that smaller, non-SEO teams like Envision Virgin Racing can remain competitive.

Jung, who says he never reads management books, also discusses his own management style, after over 20 years of leadership roles in the automotive industry, saying it is built on trust: “I’m not a micro-manager at all. ‘You have your job to do. Please go and do it, and come back to me if you have a problem. And as long as I don’t hear anything, everything goes well’.”