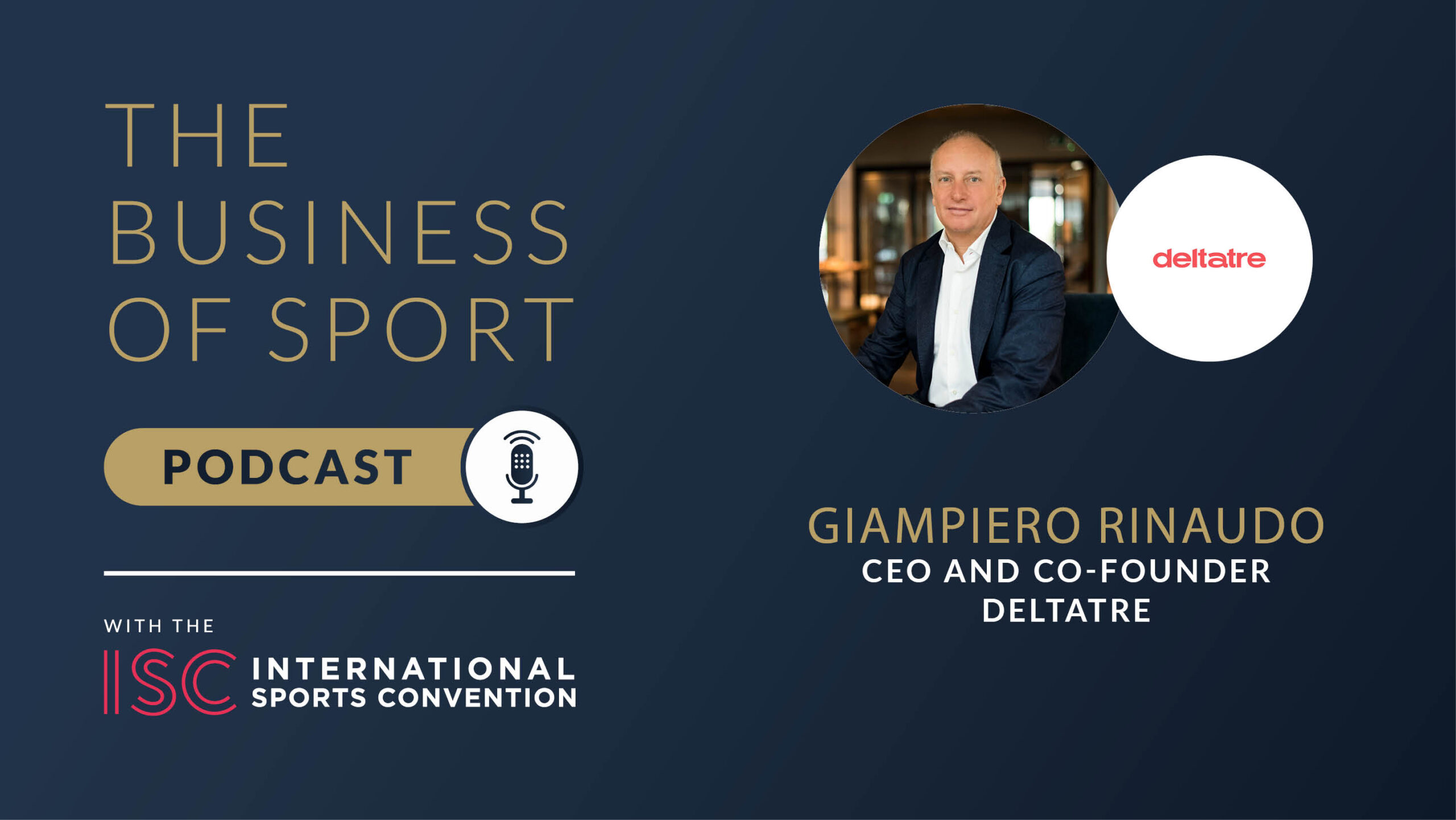 If you’ve never heard of Deltatre, and you’re a sports fan, you’ve almost certainly seen their work, whether in the form of statistics, graphics, some of the world’s top sports websites and mobile applications, or in the burgeoning OTT market for streaming live sports.

Historically, the Turin-based TV technology company has been involved behind the scenes in some of sport’s greatest events, from Olympic Games to Fifa World Cups.

In our latest episode of the Business of Sport Podcast with the International Sports Convention, Callum Murray’s guest is Giampero Rinaudo, Deltatre’s chief executive and co-founder. In this episode, we look at sports broadcasting after the lockdown and ask Giampiero: ‘How will the way the industry delivers sport and the way we watch it have changed?’

Founded 34 years ago, “not before the internet, but before the PC,” as Rinaudo puts it, Deltatre has grown up alongside the sports broadcasting industry, often pioneering the changes that have conditioned the way we watch sport on TV.

With 50 per cent of its workload now deriving from the OTT industry, its workforce is now over 1,000 strong, based at its HQ in Turin, in London and in other centres across the world. Since Bruin Sports Capital, the US sports investment group, took a 75-per-cent stake in the company in 2015, that workload is increasingly focused on US sports – all four of the US major leagues are Deltatre clients.

Notably, the company is responsible for handling technical delivery worldwide of NFL Game Pass, the league’s international OTT service, as well as delivering the websites of all 32 of the NFL’s teams.

In December, Bruin also acquired Two Circles, the UK-based data-driven marketing agency, opening up new opportunities for Deltatre to use data to interact with TV viewers. “We are going to become more and more a data-led platform to collect and understand the behaviour of the users,” says Rinaudo.

Deltatre is also helped in this ambition by the recent launch of its own data-driven, real-time platform mtribes. Using mtribes, Deltatre is able to analyse viewers’ habits to discover that, for example, a viewer is interested in certain players, or only wants to watch highlights. This enables Deltatre to ‘personalise’ a digital offer. “I can show you something that is different from what I show to somebody else, because I know that you like this particular content. And all this is done in real time,” says Rinaudo.

One remaining sports media sector in which Deltatre is not yet involved is e-Sports, and Rinaudo says that the company is seeking to find a role and to invest in this area. “I’ve been watching some Formula 1 virtual races,” he adds, “and they are fun. That’s something that will continue to grow in the future. This is something where Deltatre should have a major role.”

As for his management style, Rinaudo’s policy is unchanged, despite the growth of the company from its three founders to its present scale. “I tend to delegate,” he says. “My motto is that for any specific task, there is always somebody better than me. I think I’m good at choosing, maintaining and orchestrating a strong management group.”