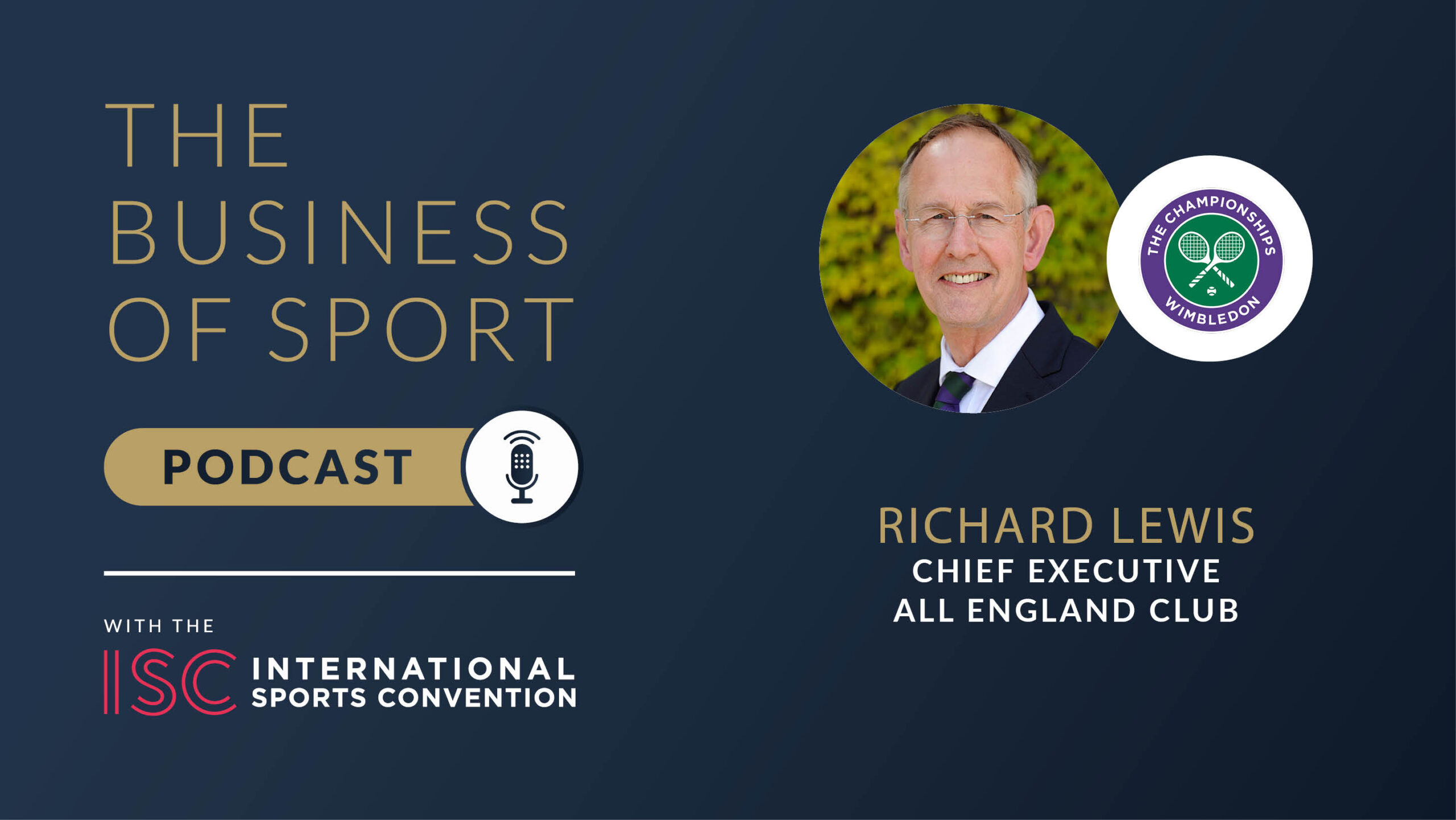 Richard Lewis, the outgoing chief executive of the All England Club, organiser of the annual Wimbledon tennis championships, is Callum Murray’s guest on this edition of the Business of Sport Podcast with the International Sports Convention.

A former player himself – he competed 13 times at Wimbledon – Lewis joined the club eight years ago, witnessing some great moments during his tenure, including Britain’s own Andy Murray winning the men’s singles title in 2013 and then again in 2016, the first Briton to do so since Fred Perry in 1936.

What he didn’t expect was that his departure would come amid an unprecedented period of crisis management at the club, which took the difficult decision on 1 April to cancel this year’s championships because of the coronavirus pandemic.

Was that decision made too early? Couldn’t Wimbledon, like the French Open at Roland Garros, have been postponed until later in the year? No, says Lewis. The French Open is played on clay, which means that the ‘window’ in which it can take place is much longer than Wimbledon’s, which is dictated by the weather, the light and the fact that it is played on grass.

“There’s a very limited window for staging the championships,” Lewis explains. “It’s no coincidence that we are pretty much focused around the longest days of the year in the UK.”

The decision to cancel was facilitated by the fact that, unusually for a major sporting event, Wimbledon was insured against the effects of a major pandemic, such as COVID-19, meaning that its ‘surplus’ – the profit that it is distributed to grassroots tennis via the Lawn Tennis Association, the sport’s national governing body – is largely protected.

Other elements of the club’s work, such as its Wimbledon Recreated campaign, which aims to involve fans in tennis-related activities in their own homes during lockdown, were not covered by the policy, but represent an investment as well as a cost, Lewis adds.

Lewis also addresses broader issues in tennis, including a proposed merger of the men’s ATP and women’s WTA organisations (“If it’s a merger of equals, you can easily see how there can be cost savings and efficiencies, given the financial strain that both tours are under,” he says) and a more collective model for the present, fragmented sale of tennis broadcast rights.

Having a “forum, or a panel or a board” that was drawn from the sport’s seven main stakeholders – the ATP, the WTA, the International Tennis Federation, and the four Grand Slams, Wimbledon, and the Australian, French and US Opens – would make sense, according to Lewis, but he draws the line at the collective sale of the rights for the Grand Slams, pointing out that Wimbledon has been able to triple the prize money for players in the last decade, thanks to its commercial ,success.

“You need to be very careful about breaking a business model that’s working,” he concludes. “I’d be pretty confident that one collective deal would lead to less income. Where there’s low-hanging fruit is where the sport is undervalued, and I don’t think it’s undervalued at Grand Slam level. I think it’s [undervalued] on the tours.”