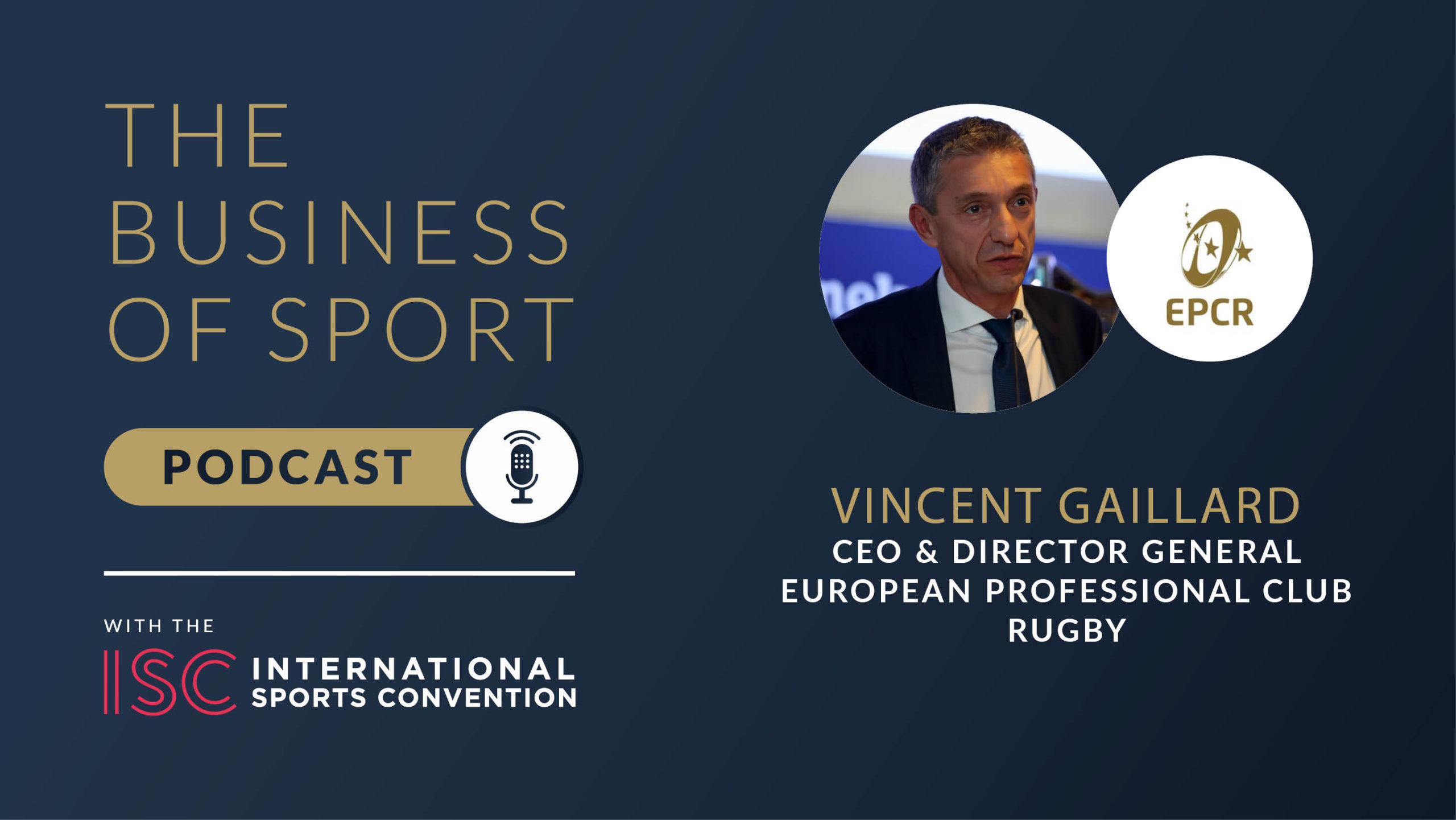 Vincent Gaillard, CEO and Director General of European Professional Club Rugby, is our latest guest on the Business of Sport Podcast with the International Sports Convention.

Speaking to Callum Murray, Gaillard discusses the challenges facing EPCR, as it wrestles with the implications, sporting and financial, of the COVID-19 lockdown in place across Europe.

Both of the EPCR-run competitions have been halted at the quarter-final stage, but, says, Gaillard, “We remain absolutely committed to the completion of the current 2019-20 season as soon as it is practical to do so, according to the guidance of the governmental authorities. We’re looking at a late summer, early autumn window to play those last three weekends.”

Canal Plus, the French pay-TV broadcaster, was recently reported as withholding the final tranche of its rights fee payments for the season to the country’s Top 14 league, because of the failure to complete its own season, but Gaillard insists that EPCR’s broadcast partners have made no such threats because its two competitions intend to complete their seasons in the late summer or early autumn – even if this means playing the quarter- and semi-finals and finals behind closed doors.

This option is, however, one that one that “we hope to avoid at all costs – a last resort,” according to Gaillard.

Gaillard is also frank about the problems facing rugby in general. “There is absolutely no question that the financial implications of the crisis will be challenging for all,” he says, “perhaps for some more than others. The risk of collapse of some clubs is real. I think it’s going to get worse before it gets any better, for sure. In the wider business one of the knock-on effects of this crisis is to question the value of everything we do.”

The 21 employees of EPCR itself are presently working reduced hours during the lockdown, albeit, “Right now, the only known impact on our revenues is on ticketing,” Gaillard says. To put this in context, 85 per cent of the revenues for the Champions Cup and Challenge Cup come from broadcast rights fees, with sponsorship and ticketing making up the rest, in the proportion of roughly two-thirds to one-third.

Earlier this week, it was revealed that talks are under way to create a Club Rugby World Cup. One possibility, Gaillard says, is a competition taking place once every four years and replacing the knockout stages of the Champions Cup, with the eight clubs qualifying for the quarter-finals playing off, instead, against eight clubs from the southern hemisphere. “This is not for next season, and possibly not for the one after, but hopefully not too long after that,” says Gaillard.

There were reports that World Rugby, the international governing body, wanted an annual competition, but, says Gaillard, “It has to stay something rather exceptional, something rather rare, and that’s why we don’t believe doing it every year is right.” Meanwhile, he dismisses the possibility of World Rugby intervening, saying: “We have been reassured by World Rugby that there is no opposition to EPCR owning and running such a competition.”