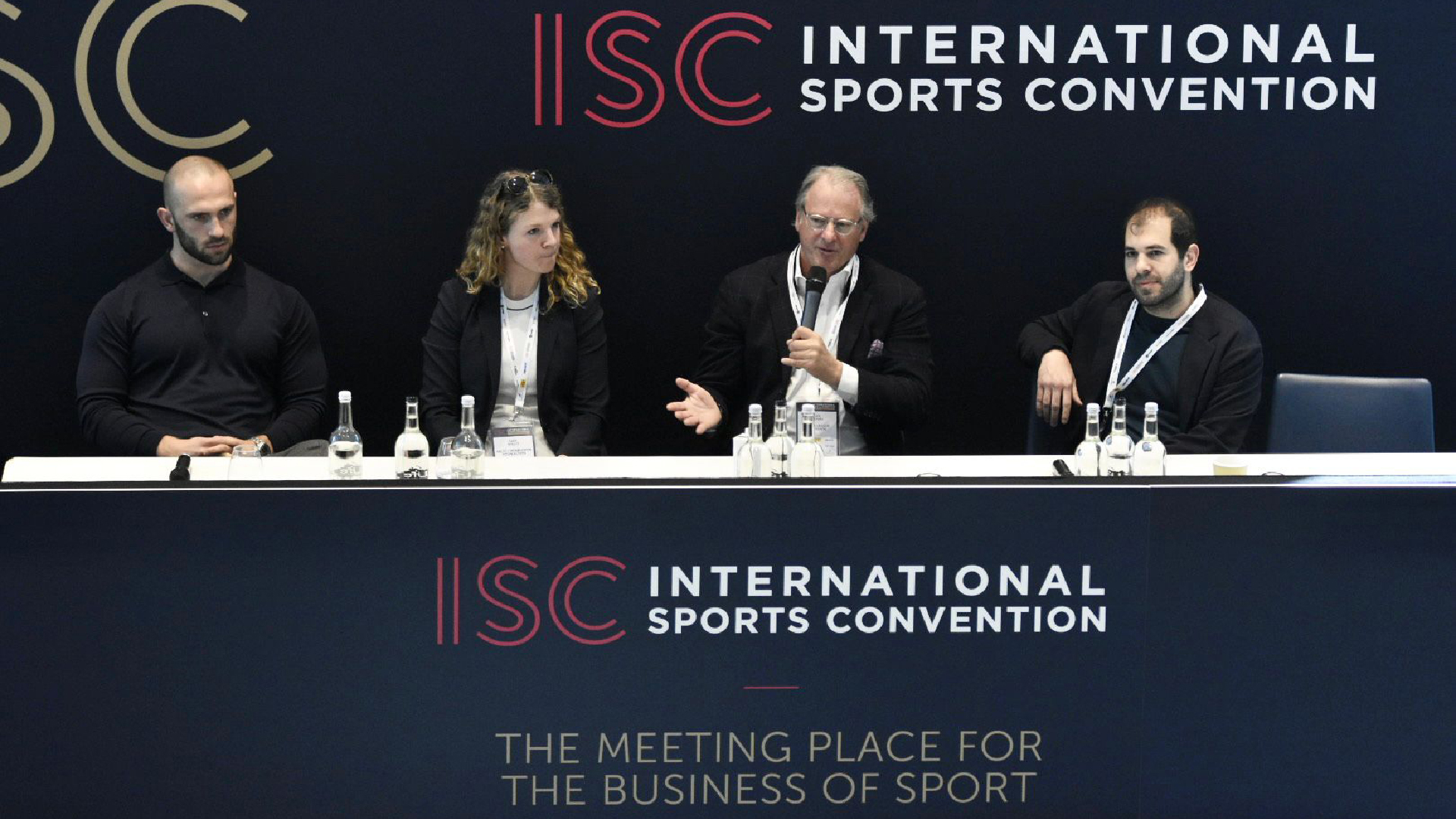 In the first panel session of day two at ISC, Alexandra Willis stressed the need for sports properties to act like media businesses to attract and retain fans and audiences, using all of the tools at their disposal, including content creation.

Alex Brown added that lacrosse fans “do a lot of snacking” so long-form content is not necessarily appropriate. What happens off the field is as important as what happens on it. Meanwhile, online sports betting provides “an incredible opportunity to engage with fans.”

Dan Ginger said we’re seeing a huge shift in how fans engage with tennis tours: 50 per cent of the content consumed is non-live, meaning that “we completely need to reassess how we put the fan first.” In a piece of work called ‘The Modern Fan Report’ the tours took a deep dive into who their fans are. What fans are looking for today is very different from five years ago, People care about people and the younger fans are connecting more with the athletes than with the sport in general. The athletes “are the gateway.”

Ginger stressed that the tours are “blessed” to have incredible access to the athletes: “Behind-the-scenes access actually isn’t that difficult for us. For us it’s continuing to build that relationship with the athletes, day in, day out. It’s a much more curated, bespoke experience for the player.”

Willis said that, for Wimbledon, “being relevant outside the two weeks of the tournament is difficult.” As a result, the AELTC has concluded that it should focus on the fortnight plus a few weeks either side of that, and then contribute to the narrative of the sport for the rest of the year through, for example, TV documentaries.

Fans “want everything”, she added. “We’re used as consumers to having so much choice, you don’t want just one thing. We have to serve in real time, and every time, that level of choice.”

Arnon pointed out that recent research has been talking about changing consumption patterns: “the average time fans spend watching full, long-form matches is reducing; the amount of time watching short-form content is increasing. The younger the fan the more that is true.” He said that this represents a challenge for all sports.

Ginger said that the tours have concluded that tennis is completely unique in terms of gender equity. They are starting to think about how the men’s and women’s tours can be presented on the same platforms. “Why are we thinking about presenting the tours differently? It doesn’t make sense because it’s the same fanbase. That’s how fans want to consume the sport. We’re starting to create more consistency across the tours.”

During the pandemic, the tours launched ‘Tennis United’ across social media, a series that brought the two tours together and was among the most consumed content.

Brown said that MLL tries to communicate just how special its athletes are. But at present the men’s and women’s Final Four takes place in different locations: “To me that makes no sense. They support each other, and combining them appeals to sponsors as well.” What the leagues need to do is bring the fan onto the court so they can understand just how special these athletes are.

Lacrosse has global ambitions. The sport has a World Championship that takes place every four years, and it’s also bidding for a place in the Olympics in 2028. And it’s not afraid to change to achieve this. Brown said: “Our game will be consolidated, with fewer players on smaller pitches to get into the Olympic, which would be a game-changer for us.”

Arnon said that almost all of WSC’s sports clients are “working on some kind of diversified offer to appeal to fans. They’re competing with gaming. Everyone is innovating. Fans don’t expect a lean-back experience’ anymore.” WSC has been working with golf’s PGA Tour which has launched an app streaming every shot that’s happening on the course. As a result, it created more than 30,000 clips from the recent Player’s Championship tournament. “That’s never been done before for golf.”

Willis said: “We have to give fans what they want. But we also have to give them what they don’t know they want. We need to leverage our position in society. People come because what we do means something and is associated with their beliefs.”

Ginger said the tours have become more open to sports betting. They are allowing tournaments to have betting sponsors for the first time, and it’s not having the detrimental effect that some feared. It’s opening our sport to a new market.

However, Willis warned that there remains a need to protect and regulate it. “The challenge for all of us is making sure you’re in the right place. I can’t imagine us ever running betting on our own matches.”

Meanwhile, the metaverse could give Wimbledon the opportunity to help a 10-year-old to know what the tournament feels like, Willis said: “Watch this space.”

Arnon said that WSC took a bet on short form and highlights back in 2011 when it started. “It’s been 10 years of building this engine to personalise content, but it’s not just that. It’s how you serve it and where and everything that goes with it. Now we’re working on what kind of consumer offerings you have on top of that, whether it’s betting or NFTs, to bring them back to a live event.”

Ginger said that the tours work closely with their media partners for live coverage of tournaments, but they are also concentrating on engagement with fans on site. “It’s all feeding back to CRM. How can we elevate that experience on site?”

Wimbledon has been working on the fan experience with Disney, Willis said. The conclusion is that Wimbledon should not rely exclusively on technology to serve the fan. “We need to work more closely with the consumer, trying to understand where their pain points are.”

Brown said: “We have to remember that we’re entertainment. We want fans to come to the event. We have to create an experience that rewards the pain of getting there. It’s everything from ease of access to the visit, to ordering food, to all of the entertainment. You need to be able to have a Minor League Baseball mentality: it’s an experience where there’s something for everybody at a very reasonable cost. They provide an experience that is great for all the family.”