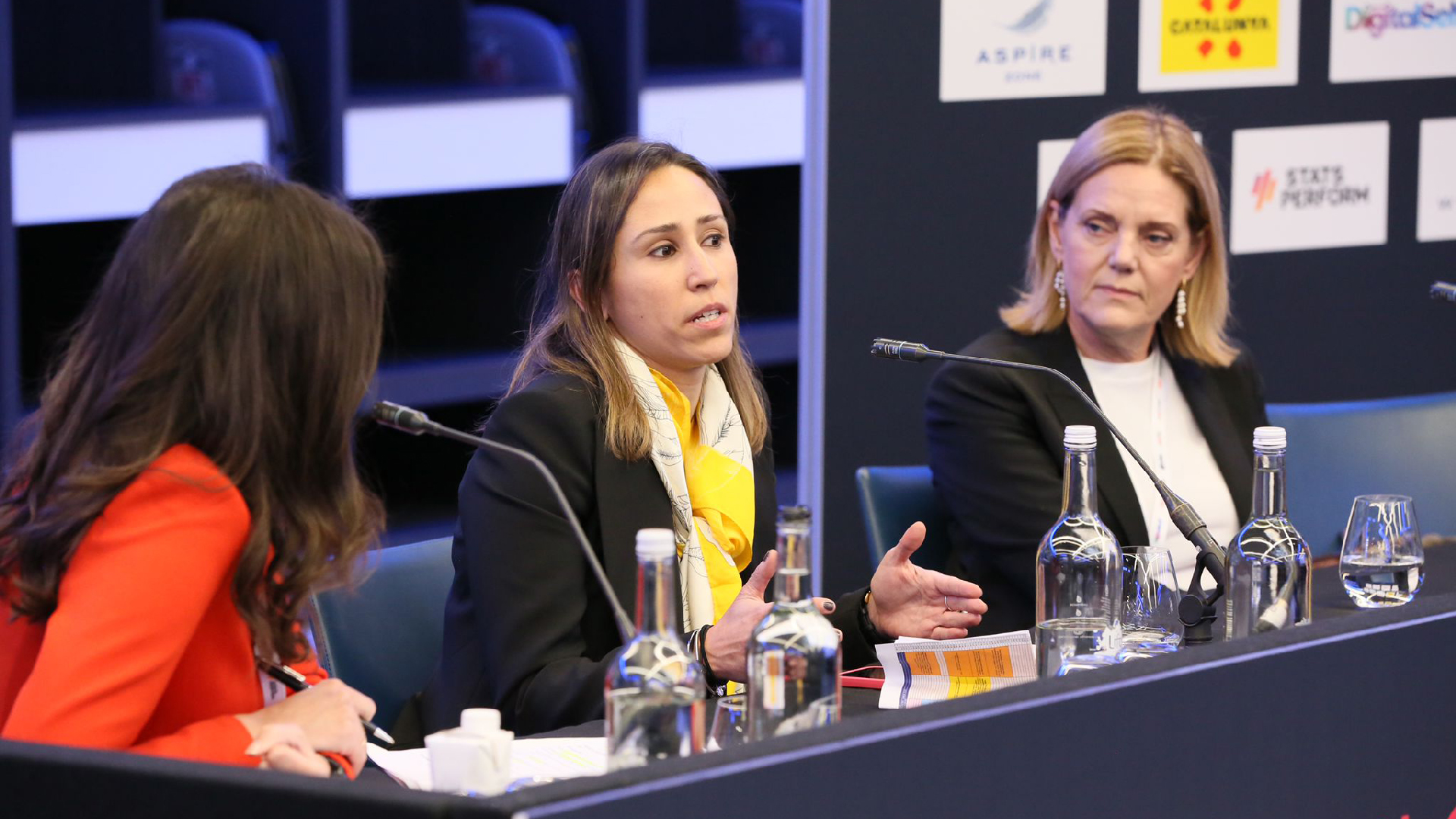 The main purpose of the Liga MX, the Mexican women’s league, is to become sustainable, according to Mariana Gutierrez.

In Sweden, the women’s league launched its own channel and has entered into an agreement for the games to be broadcast in 10 countries, after it lost its former broadcasting contract. “it’s a huge change,” Annika Gralls said. Creating the channel “was a way to survive,” but it created a demand for the games.

In a population of just 10 million in Sweden, there are about 100,000 female players, the same number as Germany which has a far larger population.

In Mexico, with a population of 120 million, the women’s league is still in its infancy. “Visibility is the key word for women’s football. You need to see it to believe you could be a pro. When we launched the league, the average age of our players was 19. Now it’s 24. We built the league. Now we have to build the dream.”

CONCACAF doesn’t yet have a Women’s Champions League. The gap between Liga MX, at only five years old, and women’s football in USA is huge. But the neighbouring country gives the Liga MX something to aspire to, Gutierrez said.

Gralls said that more and more clubs in Sweden have both men’s and women’s teams, on the basis that it is an investment for the future.

In Mexico, the men’s teams support the women’s teams, sharing broadcasters and, in some cases, team identities, Gutierrez said. “Women’s football is consumed via streaming, not via linear TV. The numbers show that we’re the fastest-growing sport.

Gralls said that the league’s potential lies with the young players: “We want to see our national team become even better. Men’s team sponsors want to include the women, but women’s team sponsors are not interested in the men.”

Gralls said that a biennial (men’s) World Cup, which is under discussion within FIFA, could be very destructive for both men’s and women’s leagues. “In the long term we’re going to see a lack of investment in football in general, if that decision goes through.”

Gutierrez pointed out that “football is a religion in Mexico. The men’s team jersey is one of the best-selling in the world. I don’t want to compete with that, so we have to adjust to a new calendar. If you don’t keep investing in our visibility, you lose it.”

Gralls said: “The Women’s Champions League budget is 2% of the men’s. We need to step up.” Meanwhile, 8o% of sponsorship goes to the men’s game and just 20% to the women’s.

Gutierrez that “you need to build the Christianos, the Messis in the women’s game. Those players were not created alone.”