Children in sport and the safeguarding challenge 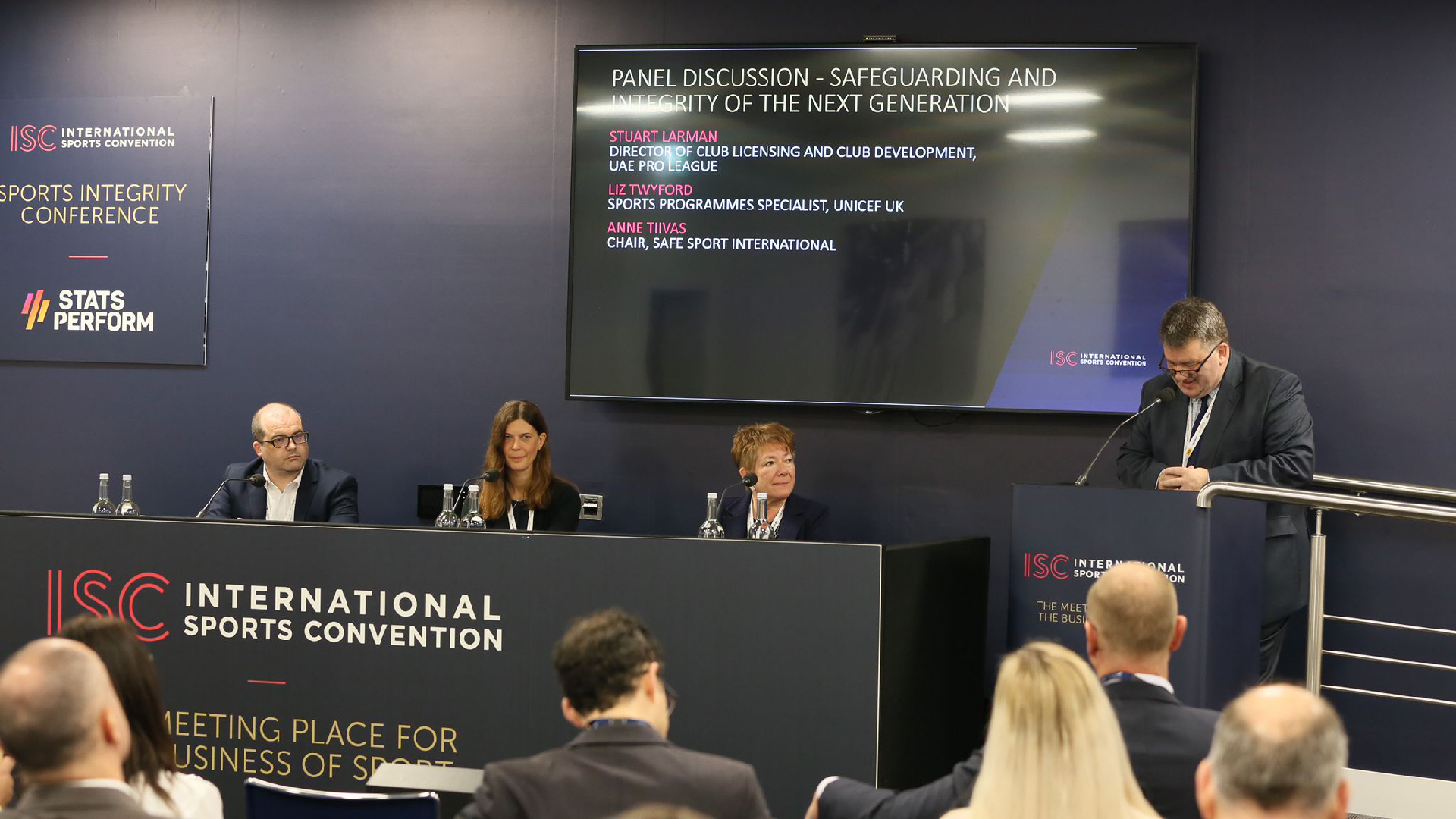 The protection of young people from abuse is perhaps the fundamental issue for the sports community but creating effective measures has become one of sport’s greatest challenges.

That was the core theme of an International Sports Convention session on athlete safeguarding. Through proper dialogue and, sadly, a spate of scandals around the world, the argument has been won about the importance of robust practices. However, the question of how to implement them is more complex.

There has been considerable progress in recent years. Anne Tivas, the chair of Safe Sport International, recounted discussions she had observed with focus groups of athletes who were survivors of abuse. “Most of them didn’t even know what was happening to them was even abuse,” she said, “it was so ingrained in their sport.”

Liz Twyford, the sports programmes specialist at Unicef UK, said: “We are seeing momentum like never before around these issues.”

She noted, however, that the culture of sports organisations around integrity needed to evolve to understand what is fair to children. “When we think of child athletes we need to think of them as children who are athletes rather than athletes who are children.”

While much of the conversation around abuse centres on violence and sexual exploitation, many other risks to children arise from inherent dynamics in the sports industry.

Infrastructural development for major events, for example, has sometimes involved the forced relocation of families or the mistreatment of migrant workers. Meanwhile, elite sports pathways can expose children to risks ranging from overtraining and forced doping to manipulation by bad actors, such as match-fixers posing as agents.

“The most recent research has shown that psychological and emotional abuse, overtraining and neglect of athletes’ needs are more prevalent,” said Tivas.

The next steps around child protection in sport will be grounded in education of athletes, coaches and officials – while Twyford and Tivas both also underlined the importance of helping parents to make informed assessments about their children’s lives in sport.

At the same time, better standards of safety can only come through stronger governance. “What athletes tell us when they come forward is that the approach is not fit for purpose,” said Tivas, who explained that few organisations are equipped to provide a sensitive, “trauma-informed” response to revelations of abuse.

While organisations like Safe Sport International have supplied best practice guidelines around safeguarding, there is no system in place yet to direct the response of governing bodies.

“My view is that everyone is responsible,” said Stuart Larman, director of club licensing and club development at football’s UAE Pro League, “but getting people to coordinate that responsibility is a challenge.”

Citing the recent case of 15-year-old Russian figure skater Kamila Valieva, who broke down during Olympic competition in Beijing after failing a drug test, Tivas said: “The only thing that there was any governance over was doping.” There were no mechanisms in place, she argued, to deal safeguarding issues like potential forced doping or overtraining and psychological harm.

Larman, who admitted his eyes had been opened by recent conversations about safeguarding, explained that the UAE Pro League had introduced legally backed initiatives to address outdated attitudes and coaching practices in youth academies. Nevertheless, he made the comparison between safeguarding and anti-corruption, where monitoring and education programmes for athletes are more established.

“Without a doubt,” he added, “if there were a world governing organisation that could assist in these areas, we would embrace them.”

Both Twyford and Tivas took pains to highlight the good work being done in this area, sport’s capacity to empower children and the importance of sports-led programmes in education. Proper safeguards are essential to truly delivering on that promise.