Growing Football: Engaging the Next Generation 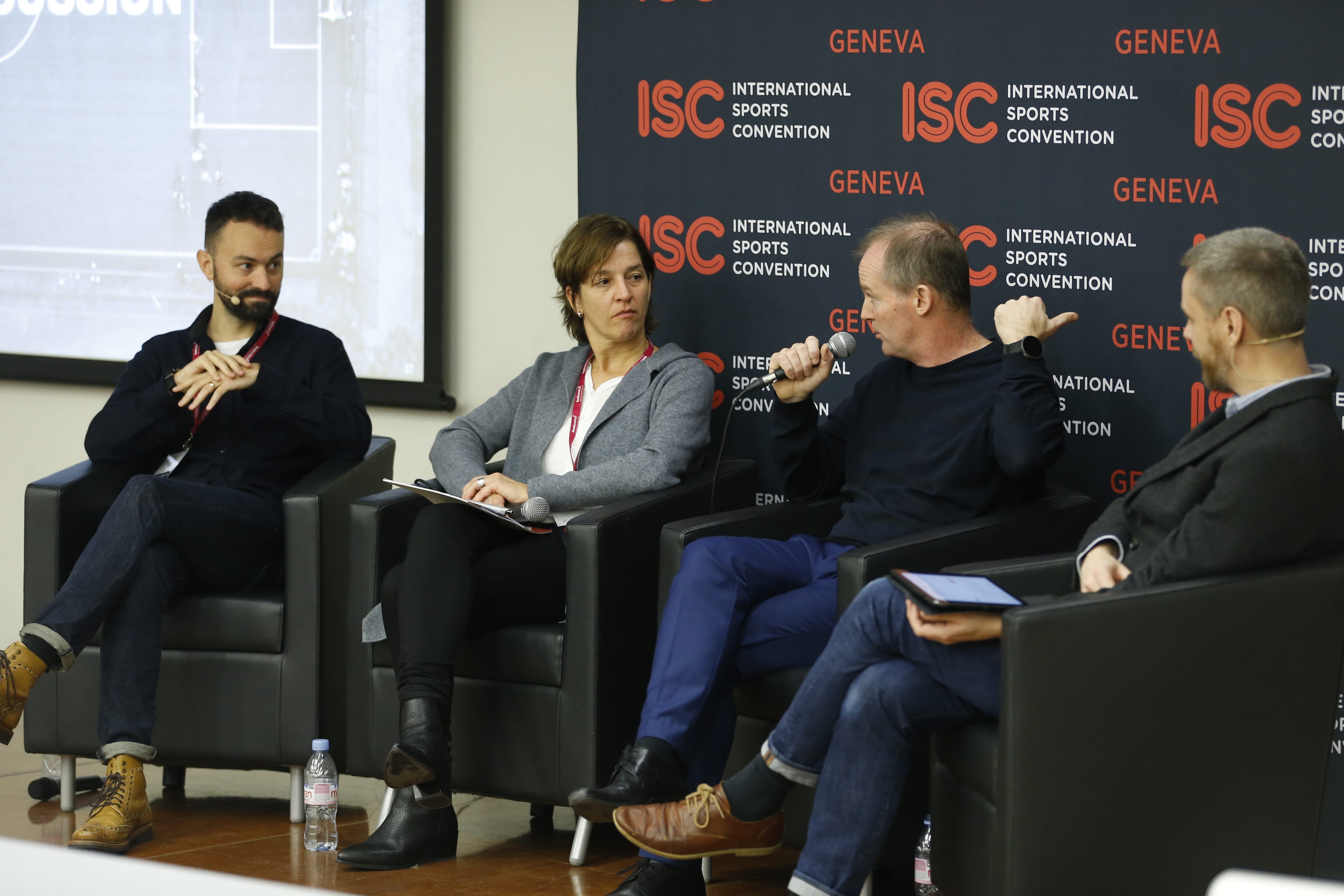 Growing Football: Engaging the Next Generation

David Jackson, the Franchise Strategy Director of EA Sports opened the session by giving a brief breakdown of his Geneva-based role and of his responsibilities across the EA range of sports games.

Mr Jackson talked about all the various sports and their impact – before moving on to what he described as ‘Our jewel in the crown’ – EA Sports FIFA game.

“This has become phenomenally successful,” commented the speaker. “This delivers an experience that people want to be part of. The trouble with being so successful though,” he warned. “Is that we are in danger of it becoming part of the establishment.”

Figures presented to the large audience inside the Palexpo Exhibition and Conference Halls, showed the huge popularity of FIFA.

Whilst there are 760 actual games of football in the English Premier League, there are a staggering 1.8 billion Premier League matches played on FIFA each year; a figure that amounts to 14.9 billion minutes that people are on EA Sport’s platform.

Mr Jackson emphasised how important figures like these are to their partners, particularly someone like the Premier League.

Tatjana Haenni was introduced as a Women’s Global Football Expert and she spoke of her pride at being the President of FZ Zurich Frauen.

The speaker told of FC Zurich as the most successful women’s team in Switzerland, with 20 league titles and 12 Swiss Cup wins.

Approximately 150 girls and women play for the club.

Ms Haenni pointed out that clubs don’t have any media contracts in Switzerland, so have to be creative and do their own thing with digital content.

As examples, FC Zurich Frauen won the Swiss League, beating all opponents and finishing with a goals for differential of 47 – 1. This put them into the Champions League and a draw against Barcelona followed.

Using a tag-line of ‘Do You Have The Balls?’ (to play us), they attracted huge notoriety.

For the next big match the club ran a short video club asking who wanted to be the player’s escort (for the pre-match walk-on). Over 1,500 males applied.

The speaker proposed this as the power of digital marketing. “We can’t wait to be digitally successful, we have to do it ourselves”.

Pearse Connolly, the Digital Strategy Director of the Norwegian Football Federation showed a video about his association and pointed out that it is fortunate in having a high participation; 50% of Norwegian boys and 25% of girls play the game.

Nevertheless, there are many challenges and they have to adapt to them. The current culture is something to focus on, with many feeling that it is almost better to stay at home to watch games – consequently attendances are falling.

The Federation are rising to the challenges, mainly through live content. Matches are streamed from the Premier League to the fourth division.

Mr Connolly pointed out that “We’ve a long way to go – because we don’t have cash or all the toys, but we’ve been here a long time, we were founded in 1902, and we’ll get there.

The initial reluctance to engage with e-sport has now been overcome – and Mr Pearse spoke with pride at how the country has now rallied with this and has its own national e-sport side now.

A panel discussion involving all three speakers followed their individual presentations and amongst the individual topics discussed were:

The future of e-sports – taken by DJ,

Digital transformation; easy to say, hard to do – TH said that it’s a change of mindset required more than anything, it’s not related to cost, if you’ve got a platform use it.

The speakers received a huge ovation from an audience of around 200, bringing the morning session of the conference to a close, with huge thanks to mycujoo for hosting the event.