Ian Reid on the huge event in Birmingham 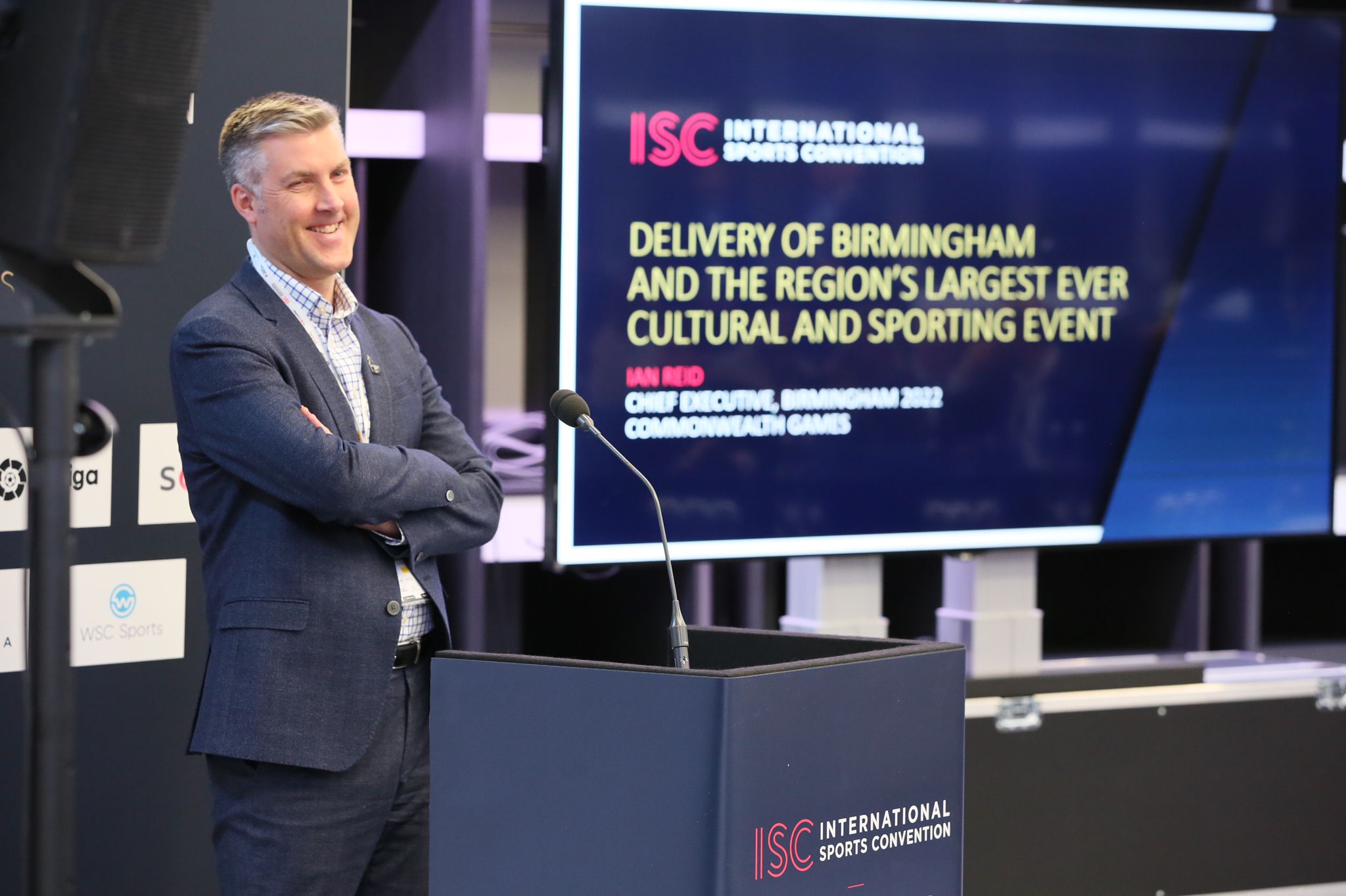 With 6,500 athletes and officials from 72 nations representing 2.5 billion people, the Birmingham 2022 Commonwealth Games are set to be the biggest sporting event in the UK since the London 2012 Olympics. They will also be among the first major multi-sport events with full crowds since the Covid-19 pandemic began.

That underlines the size of the task – and the opportunity – described by local organising committee chief executive Ian Reid in his appearance at the International Sports Convention. Adding to the challenge was the fact that the British city stepped in to host the Games as a late replacement for Durban in 2018, giving it just four years to prepare instead of the usual seven.

According to Reid, that pushed the Birmingham 2022 team to focus on what the people of England’s West Midlands wanted most from the event. A survey of locals has informed a headline strategy which aims to “bring people together”, “improve health and wellbeing”,  “help the region grow and succeed”, “be a catalyst for change”, and “put us on the map”. Programmes will champion local communities originating from every nation in the Commonwealth, and ensure people with disabilities and those from LGBTQ+ communities are properly represented.

19 sports and eight para-sports will be part of the biggest Commonwealth Games programme, with more medals on offer for women than men. Meanwhile, Birmingham 2022 has pledged to be the first carbon-neutral Games, with plans to leverage electric vehicle fleets, biofuel alternatives, and public and self-powered transport. Legacy initiatives will see forests planted across the region.

Delivery is expected on time and on budget, with plans to create points of contact with people throughout the West Midlands. As well as major venues in Birmingham, sport will take place in the city centre and beyond. Adaptations have led to the use of three athletes’ villages – at the University of Birmingham, the University of Warwick, and the National Exhibition Centre. That has the advantage of reducing environmental impact but does create some logistical challenges for visiting teams that will require attention.

1.1 million of 1.7 million available tickets have now been sold, with the remaining inventory mostly in large-venue team sports. The Birmingham 2022 festival launched in mid-March – featuring performers who will be participating in the opening ceremony – with the ambition of reaching 2.5 million people. Steven Knight – creator of the BBC’s Birmingham-set cultural phenomenon Peaky Blinders – will direct the opening and ceremonies.

Major venues including the aquatics centre are set for conversion to community use soon after the Games, while training programmes are providing skills to local people that they can use after the event. Recruitment is underway for 40,000 Games-time jobs, with 6,000 ring-fenced for those not in work or education. The city is looking to previous host Gold Coast’s £1 billion economic impact as cause for confidence.

Three sites in Birmingham and seven others in the region have been earmarked as for live big-screen viewing but the Games will also have its sights set elsewhere in the Commonwealth. The Queen’s Baton Relay has been on its “interesting journey” since October, with local teams pressed into service due to limits on international travel.

The digital programme will hit another level as the Games approach. There have been 2.2 million users on the official website in the past year, a number set to jump to an anticipated ten million per day during the event. The test for the Commonwealth Games Federation, which has designed legacy projects around smaller and island states, will be to enlist its partners to capitalise on that intense burst of quadrennial interest.