Kick It Out, PFA, Signify – A call to act on social media abuse 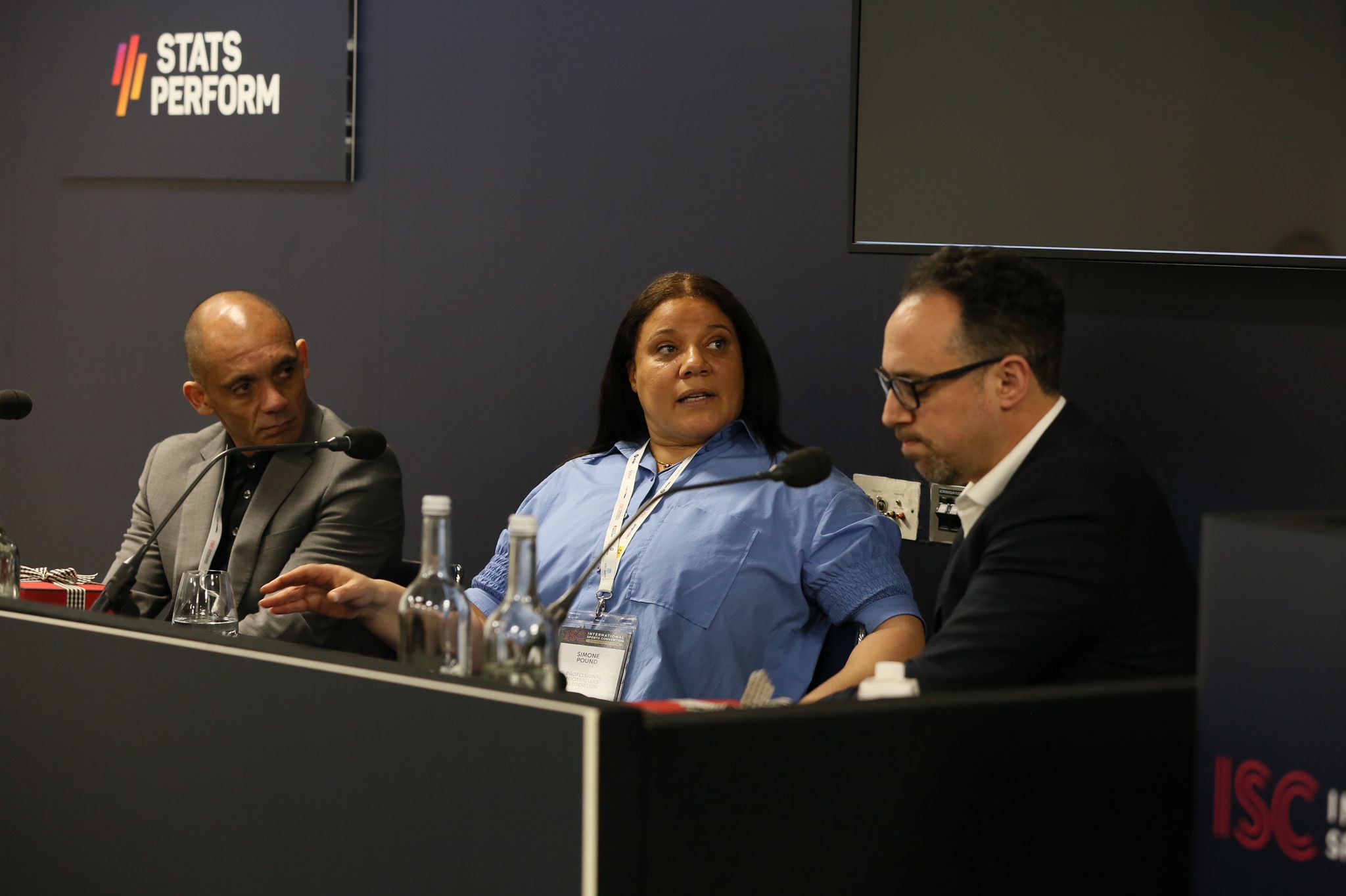 For all the rampant visibility of online abuse in football, clear solutions have been slower to present themselves. As a panel on the subject at the International Sports Convention explored, it is a deep-rooted problem in need of a serious, multi-faceted reaction.

Sports organisations, law enforcement and governments, and social media platforms all have their part to play. While the anti-racism charity Kick It Out and bodies including the Professional Footballers’ Association (PFA) – both represented in this discussion – have highlighted the issue through campaigns like the mass social media boycott of April 2021, both also point to the importance of recognising broader societal difficulties with racism and other forms of discrimination, inside and outside sport.

As PFA director of equality, diversity and inclusion Simone Pound explained, abusive posts on social media represent a years-long concern that has snowballed. This has been monitored and quantified.

Jonathan Hirschler is the CEO of Signify, a UK-based ethical data science which has used its ThreatMatrix software to analyse online abuse in partnership with the likes of Kick It Out and the PFA. Signify ran two studies, two years apart – the second covering over 6.5 million tweets – and found the problem getting worse. Troublingly, that included an “exponential rise” in homophobic posts, while Hirschler also found that social platforms were still slow to act.

“The numbers are not good,” he said. “There is a huge amount of abuse that’s being left up there even after it’s been reported.”

Signify’s investigations have identified patterns in social media abuse – even across sports, countries and languages. For example, it has found that racist abuse tends to spike around incidents in games, whereas misogyny and homophobic abuse are at a constant background level. That has raised expectations that social platforms can produce tech-led correctives.

As yet, those have not been forthcoming. Both Pound and Hirschler spoke of the need to reverse what is currently a “victim-led” process and stop abusive content at its source.

For Kick It Out CEO Anthony Burnett, technology can be “only part of the solution”. He underlined the value of a more joined-up approach, encompassing legislation while also acknowledging the role of social behaviour.

Burnett argued that while “algorithmic amplification” had taken extreme views further and faster, those were views that existed in society and had been given cover by irresponsible political discourse. “There is a nasty element that has now got a voice,” he said.

Practical steps are being taken to build a more coordinated response to abuse in the UK, both online and in person. Kick It Out is working with teams to streamline and standardise reporting procedures, and lobbying them to open up data resources to get a clearer picture of the problem. Hirschler also explained that when evidence of abuse is revealed to teams or governing bodies, not all of them currently have the capacity to act on that information.

Education is also a priority. “A lot of reports that we see are of abuse coming from young people,” Burnett noted.

This also extends to the matter of athletes who have historic abusive or discriminatory posts on their own social media feeds. Identifying those transgressions, allowing opportunities to learn, and reminding athletes of their responsibilities are all part of that process.

Burnett also called for greater consciousness in much wider public conversations around discrimination, saying that opportunities are missed “to start a dialogue about race and LGBTQ issues”. The focus, he said, often ends up being focused on “the gesture” rather the underlying causes.

Similarly, he said the time had come to do things, rather than be seen to be doing them.

“The bit that gives you credibility,” he added, “is if you show me an outcome.”