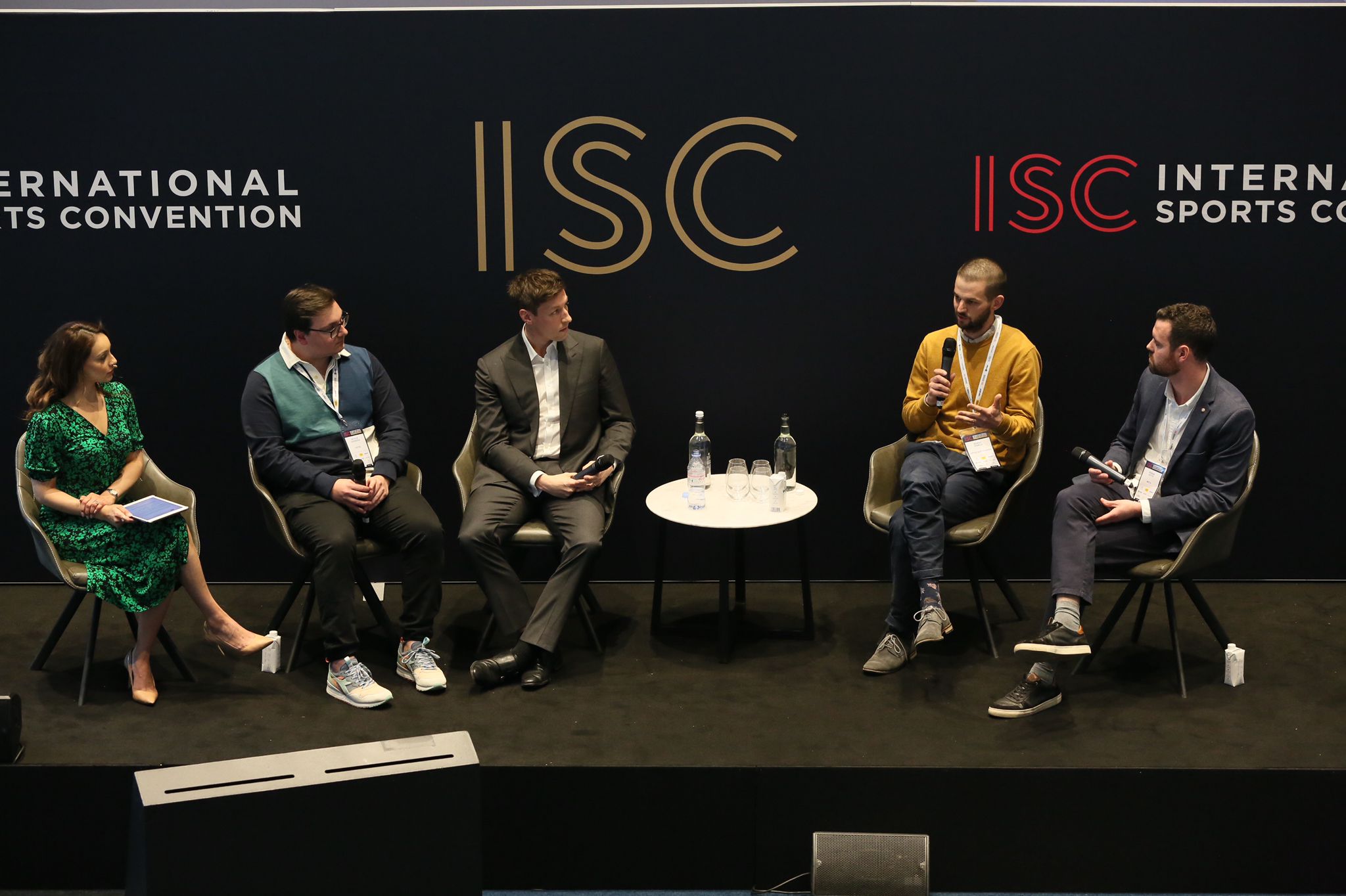 The final session of the International Sports Convention 2022 brought together four figures from social media companies to reflect on one of the most powerful trends of the last decade, which still looks sure to reshape the decade to come.

Rob Pilgrim, the head of sport for EMEA at YouTube, was joined by Arthur Guisasola, TikTok’s strategic partner lead for sports, and Ronan Joyce, the lead for EMEA sports and team partnerships at the recently renamed Meta – long known as Facebook Inc. Robbie Spargo, director of sport at the Little Dot Studios agency, rounded out the quartet with an independent perspective.

Each platform has its own unique qualities but what unites all of them is constant development. YouTube, Pilgrim said, began in 2006 with a video that was 18 seconds long. Today, users will happily sit down and watch two-hour documentaries from their smart TVs.

Organisations in sport, Spargo explained, must stay apprised of what content is performing best on each of those platforms due to “algorithmic biases”, and what each native audience wants. “The best thing is that on all these platforms,” he added, “is that you get the data back.”

The panel agreed on the value of learning which metrics best demonstrate engagement on each platform, as well as settling on the intended outcome of any activity. Social media retains an enormous capacity to draw potential new fans into a marketing funnel and deepen relationships on the way down.

TikTok’s discoverability functions, especially for live content, can bring sports into unexpected contact with its young user base. At Meta, Joyce said, Facebook and Instagram offer access to “700 million sports fans” as well as compelling lead generation and remarketing capabilities. He pointed to England Rugby’s Rising Sons documentary series on Facebook, released ahead of the 2019 Rugby World Cup, which helped the RFU to “cluster” dedicated rugby fans for additional messaging.

YouTube has developed a strong use case for sports highlights – whose “half-life” is “getting shorter”, demanding a quick turnaround for maximum impact – and other game-to-game content. However, live streams have demonstrated a different value proposition in the past few years.

Rights holders like Italian football’s Serie A have used YouTube to distribute coverage in ‘dark markets’ with no TV rights deals, while broadcasters like BT Sport and DAZN – with the Uefa Champions League and Women’s Champions League respectively – have broadened the reach of their live output and identified potential subscribers in the process.

For much of the sports industry, the next phase of social media progress will be made possible by combining the appeal of official IP and fan creators. “The organisations that are bold enough to hand over content to these creators are the ones that will win if they can do it in the right way,” argued Pilgrim.

The major platforms are also working on solutions that amplify content across creator and curator audiences. Meta has rolled out “collabs”, which essentially allows Facebook and Instagram output to be shared by official and influencer – or athlete – accounts at the same time, to mutual benefit.

TikTok is particularly fertile territory for experimentation, Guisasola suggested, but it pays to grasp its culture and aesthetic while finding “little tidbits that help you connect with your audience”. It has seen explosive growth in its sports partnerships and is using those to analyse how different types of video can work on its platform. At the same time, its democratic content environment is giving a stage to emerging partners like the Burnley Women football team and rugby union’s Women’s Six Nations.

“We’re still really at the cusp of what’s possible with social,” said Spargo, noting how premium paid-for content and first-party data options could tip the balance from reach towards revenue.

“We all want to get to a stage,” Joyce added, “where people can broadcast live on any of these platforms and sell advertising adjacent to that content.”

External pressures will ensure that social responsibility becomes a greater priority for these platforms, with all of them refining automated tools that help eliminate offensive posts before they are seen and make reporting abuse more straightforward.

The web3 era also looms on the horizon. YouTube, which is trialling a live shopping function for in-stream merchandising, has a dedicated engineering team exploring concepts like the on-platform sale of non-fungible tokens (NFTs). Meta, of course, has renamed and repositioned itself in anticipation of a shared digital future. Its virtual reality platform Oculus has turned over $1 billion in its app store, with the NFL becoming the latest brand to try out new experiences in that space.

Whatever happens next, the influence of the social media giants shows no sign of dissipating. No sports organisation can afford to look away any time soon.