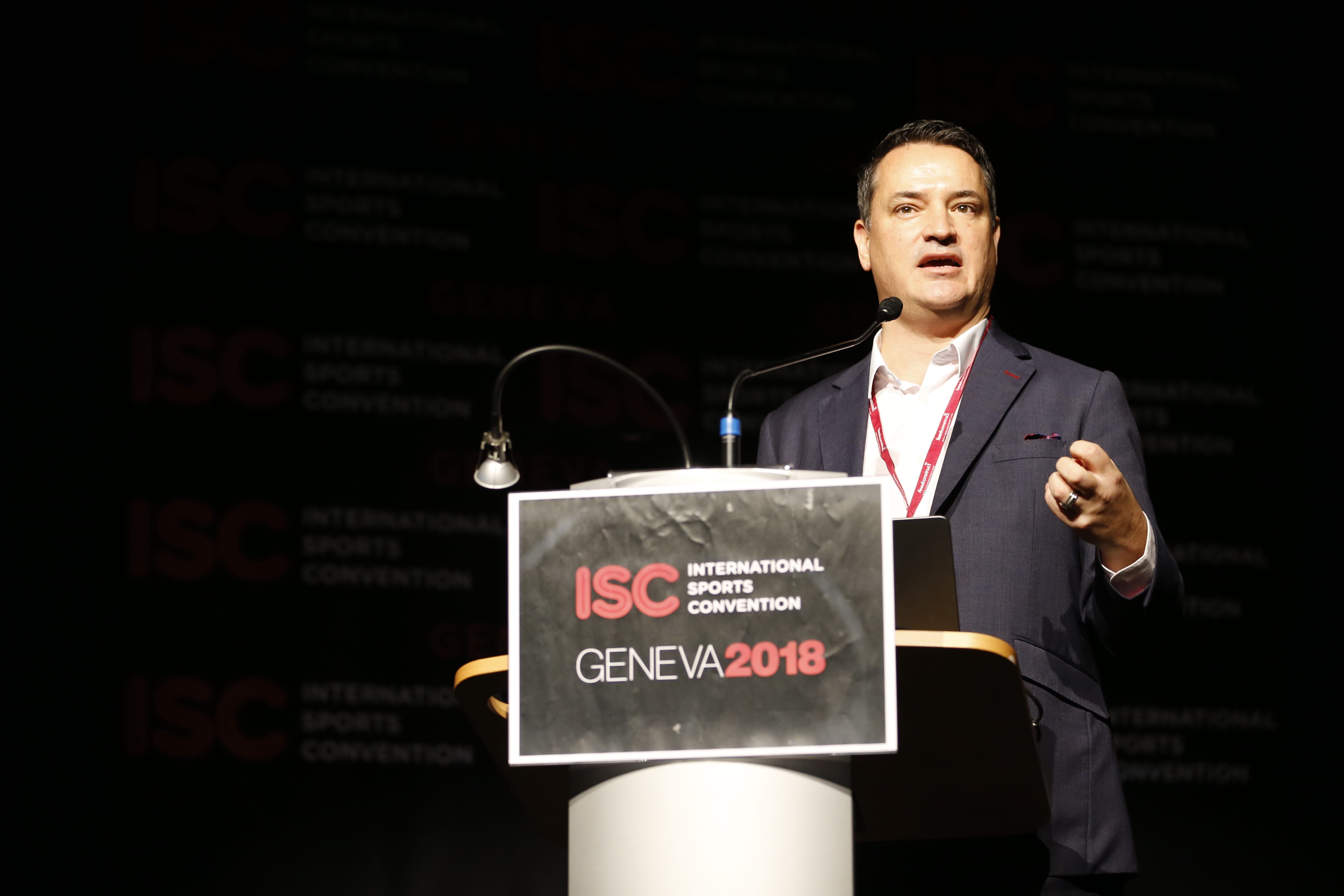 The opening conference at this year’s International Sports Convention (2018) centred upon Sports Sponsorship.

MC Kevin Roberts welcomed an audience of around 150 to the event at Palexco, Geneva – and introduced the opening speaker, Murray Barnett.

Mr Barnett is the Director of Sponsorship & Commercial Partnerships, Formula 1 ® and he outlined his background in rugby and with ESPN before talking about the challenges that Formula 1 ® face.

On joining the sport’s new owners, Liberty Management, two years ago, Mr Barnett reflected that it was commonplace to hear phrases, such as:

“It’s not about the drivers”.

“It’s only for rich people”.

The challenge is now to address these concerns and many more and the management company has released a mission statement, with the aim to:

‘Unleash The Greatest Racing Spectacle On The Planet’.

Its goals are to:

Have Wheel to Wheel Racing.

Have A Global Marketing Campaign.

Mr Barnett then revealed that Chase Carey, the chief executive officer and executive chairman of the Formula One Group, has made comparisons with the Super Bowl and wants Formula 1 ® to be ’21 Super Bowls each year.’

With over four million people attending Grand Prix annually, the importance of looking after the fans was highlighted, with added emphasis on Fan Zones and Fan Festivals, going forward.

Mr Barnett completed his presentation by fielding questions relating to making the sport more competitive (Ross Brawn is heading up a team that is looking into that), the role of women motor racers and their route to racing in Formula 1 ® , plus a brief talk about branding within the sport.